Skip to content
Earth anatomy: Parts, layers and Structure of the Earth.TheLastDialogue

Earth Anatomy: Parts, layers and Structure of the Earth. Crust, Mantle,  inner core and outer core. What is Magma. Earth’s inner core is liquid or solid? 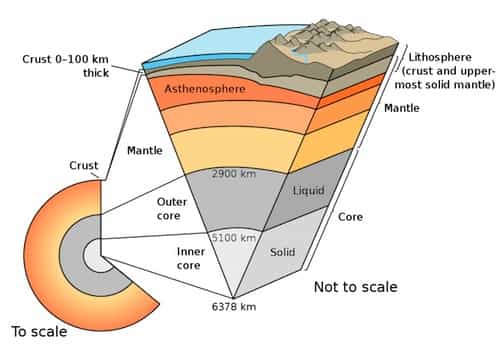 I have already told you about the sun in detail in part 17 and part 18 therefore now starting from Earth the 3rd planet from the sun. Earth is 4.5Billion years Old, but most of its surface is 100million years old. It consists of 4 layers.

The first and upper most layer is Crust which in oceans is 5-10 Km thick and mainly composed of basalt rocks and in continents 30-50 Km thick, composed of granites.

The mantle is a layer between the crust and the outer core. Mantle is a rocky silicate layer with an average thickness of 2,886 Km. The composition of Mantle is molten/solid rock (Magma) which is a plastic-like solid. It makes up about 84% of Earth’s volume and is thus the largest part of the earth. It behaves as a viscous fluid and is the place of occurrence of Convection Currents.

Convection Currents: What causes an earthquake? 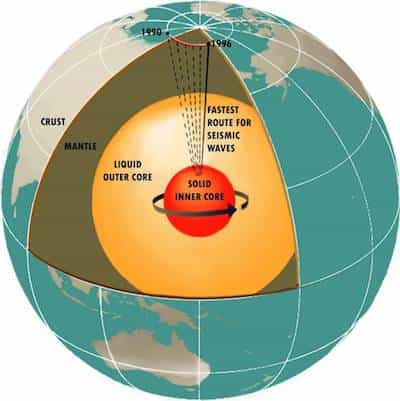 The third layer outer Core is almost 2300Km thick, lies 2,890 km beneath Earth’s surface. Temperature ranges from 3000 to 7000 Celsius. Made up of molten iron and Nickel that spins around inner core and causes earth magnetism. The fourth layer inner Core is 1220Km in radius, lies 5000 Km beneath Earth’s surface composed of an iron-nickel alloy, Temp ranges from 5000 to 7000 Celsius and is surprisingly solid because of high pressure of 3.5 million Atm.

The Mystery of the Earth’s Core

You can clearly see that how miraculous is all this that Earth’s inner core is a solid despite being at more temperature than outer core. This is only because of the physical properties of iron and Nickel. At increased pressure, because of being the innermost layer bearing all the load of this planet it refuses to melt even at high temperatures. For scientists, it’s only a phenomenon of physics, but the reality is that all these laws are working by the Will of you Lord to sustain life here for human beings. 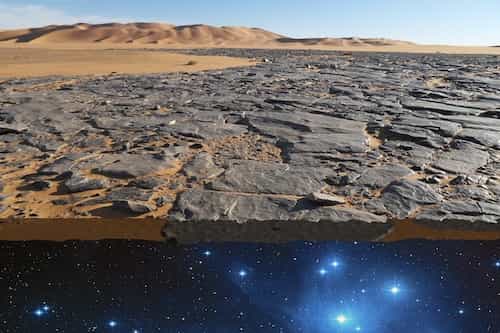 So basically our earth’s second layer which is molten and fluid like is spinning over the inner core which is solid and then the crust where we live, it actually floating on the mantle as it is also like a thick viscous fluid. Only consider the inner and outer core, and we see that they, in fact, are like a big dynamo in the center of the earth responsible for earth’s magnetic field thus protecting us from the threatening charged particles from solar wind around the earth known as the Van Allen belts.