Skip to content
Bukhari Hadeeth About Hell and the Seasons, hot & cold breath of Jahannam.TheLastDialogue

Bukhari Hadith 536 537 Explained. Hadith about Hellfire: How to Understand the Hadith About Hell and the Seasons, Meaning of Hadith relating to the hot & cold breath of Jahannam.

Please read How stars produce heat and light before or in conjunction with this article. 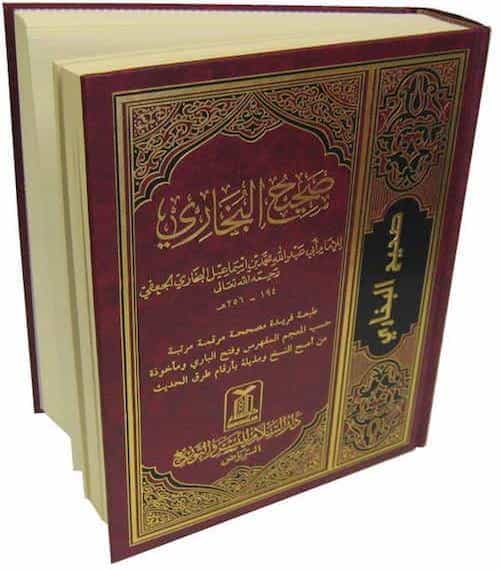 During their lives, stars fight the inward pull of the force of gravity. It is only the outward pressure created by the nuclear reactions pushing away from the star’s core that keeps the star intact, alive and burning. If it is not so the star would finish itself in few hours regardless of the amount of fuel and its size, just like a candle in our homes. This expansion and contraction of the star is actually its life, and if it stops, it will be like ending of the rhythm of breathing as in the living beings. O people your sun and stars actually breathe and their life depend on this. O mankind stars life is a continual competition between gravitational collapse inward and gas pressure radiating & pushing outward causing expansion. Collapsing causes the star to heat up, and expansion makes the star to cool down. Hydrostatic equilibrium occurs when the two conditions are equal & opposite. Is this all designed, created, happening and running by its own. Nay, it is all by the Will and command of your Lord. So which of the favors of your Lord will you deny?

O people stars breathe like this, and these are the two breaths of hell or fire that is mentioned in some religious scriptures. This is what related to a saying of prophet Muhammad in Book of Bukhari item # 536-537 where he said that God told him that hell had been allowed breathing by God.

O Muslims you are the most ignorant Nation Sky has ever seen!

This is also one among many other things Muslims totally misunderstood. O Muslims why there has not born among you someone since centuries who could explain to you all this. Although this particular hadeeth is related to modern science, but there are thousands of other issues in your religion about which whatever you say but the reality is that you have no satisfactory answers for that. It is because of lack of knowledge and wisdom in your communities because your religious clergy is far from the way of God, far from scientific knowledge. And this is only one Hadeeth that I am going to explain about which internet and books are full of explanations and different excuses to explain this since 1500 years till now, but there is no satisfactory answer. Keep in mind that this is only a Hadith which has been written after 200 years of Prophets death and are not protected by God as Quran, even then I can dissect and explain it to you. Be patient and look when the time comes for the Holy books like Bible and Quran, and you will be surprised to see what miracles they contain.

Meaning of Hadith relating to the heat & cold of Jahannam.

This hadith has two parts one is a dialogue between the prophet and his companion and second under quotation marks is the dialogue of fire with God. So in this Hadeeth let me dissect every single word for you. In first part when the prophet says to delay the prayer in hot weather and further relates that scorching weather with hellfire (Jahhanum) is totally understandable as we frequently use such type of language for extreme heat in a hot day when we say “It is hell outside.” But the miracle starts later in next part of the Hadeeth. As God has shown him many big signs of this universe, its operation and working as in last scripture chapter 53: 18  لَقَدْ رَأَىٰ مِنْ آيَاتِ رَبِّهِ الْكُبْرَىٰ Verily He saw of the greatest signs of his Lord.

So the miracle is when actual information starts which prophet has been given by God, there you can see that the word in Arabic is not (Jahannum) hellfire as translated by everyone but it is “Nar” which means fire. As I told you that All stars are the only source of fire, heat, and light and everything else is dark and cold.

So look at the miracle that the word here is “Nar” and not Jahannum and the creation, i.e., fire requesting its creator that O Lord! My parts are eating (destroying) one another. What a big Miracle in these words what a great modern scientific fact that my parts are eating/destroying one another. As I told you that stars life is a continual competition between gravitational collapse inward and gas pressure radiating & pushing outward causing expansion. But let me now tell you something more strange. If any one component of this process of contraction by gravity Or expansion by pressure is missing the other will overcome and entirely eat or destroy the star. To make it easy for you to understand, consider our own star, the sun as an example. It has been burning for billions of years continuously because of the continuous process of this contraction and expansion in equal amounts. If say the contraction overcomes, the entire sun will be burn in few hours and cease to exist as a star giving us heat and light. 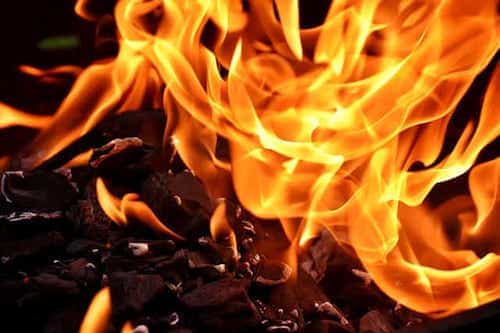 Meaning of two breaths one in summer and one in winter

Now let me dissect and examine the next part where God allows Fire two breaths one in summer and one in winter. It’s not your summer and winter season as is interpreted in Arabic as well as in translations but it means the hot and cold extremes of that particular thing, in this case, fire or all the stars of this universe. I have already told you that collapsing causes the star to heat up and expansion causes the star to cool down, and when one process is about to overtake God allows another breath. That is He has put such physical properties in that process that it starts expanding because of the gas pressure radiating & pushing outward. And when this expansion is about to overtake at lowest temperatures related to those extreme temperatures of gravitational collapse, and it’s almost that the star matter would go out of its gravity and turns into a cloud of gas and dust and cease to exist as fire as a star. This is when God allows another breath, i.e., He has put such physical properties in that process that it starts collapsing again.

Most technical and wrongly interpreted part

Now comes the most technical and wrongly interpreted part فَهُوَ أَشَدُّ مَا تَجِدُونَ مِنَ الْحَرِّ، وَأَشَدُّ مَا تَجِدُونَ مِنَ الزَّمْهَرِيرِ “ which is interpreted in Arabic as well as translated in other languages as, “The breath in the summer is at the time when you feel the severest heat and the breath in the winter is at the time when you feel the severest cold.” Now let me tell you that there is a whole lot of extra words here which are not there in Arabic Hadeeth. The exact translation of Arabic words is like this “It is severe/more when you find severe heat and severe/more when you find cold.” The words “The breath in the summer/winter is at the time” are extra words and not part of the Hadeeth. Now the word “Tajiduna” تَجِدُونَ is the 2nd person masculine plural imperfect verb and its exact meaning is not “you feel” as interpreted in the Hadeeth but actual meanings are “you find/discover/perceive/become sensible of it. Addressing to we humans in general and esp of this age of modern science. Muslims used it’s meaning as “you feel” because thats seemed to them more logical in connection with the summer and winter seasons. In short after all this understanding of science, this miracle and changing the translation as per actual Arabic words look what difference it makes.

So God allowed it to take two breaths, one in the winter i.e. its least temperature phase and the other in the summer its extreme temperature phase. It is at its peak when you find severe cold and at its peak when you find severe heat. And this is what actually happening inside fire that is stars that we find/discovered in this modern age. That is this breath is at its full power and comes in action when star either reaches at the peak of gravitational collapse or at its peak expansion. And thus releases it from that phase domination thus help it keep on living as active fire active star and saves its parts to kill, destroy and overcome each other.

In broader interpretation, Jahanum or hell fire in hereafter might also be working on the same principle.

Look how I am telling and explaining you all that which you did not know before. So which of the favors of your Lord will you deny?

So remember the name of your Lord and devote yourself to Him with complete devotion. He is the Lord of the East and the West; there is no deity except Him, so take Him as Disposer of your affairs. On the Day the earth and the mountains will convulse and the mountains will become a heap of sand pouring down. Then how can you fear, if you disbelieve, a Day that will make the children white-haired. The sky will be cleft asunder? His Promise needs must be accomplished. Indeed, this is a reminder, so whoever wills may take to his Lord a way. 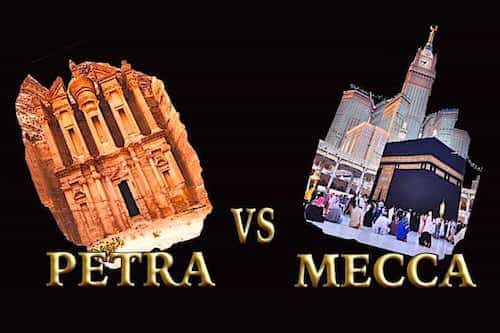