Now, Ali is in power,  this starts the First Fitna, the first Muslim civil war. There are a total of six important characters here Ali who had been assigned with the responsibilities of 4th Muslim Caliph by the majority of senior companions of the prophet. Out of the remaining five first is Mauwiya, as I told you in detail in Usman’s discussion and the background rivalry of Banu Ummayah with Banu Hashim at the beginning of this story in part 28. Then comes Marwan bin Hakam the state secretary of 3rd Caliph Usman also from Ummayah clan. Then the remaining three are Aisha wife of prophet Muhammad, Talhah and Zubair.

Reasons and Causes of  Battle of Jamal

The Rebellion Against Ali 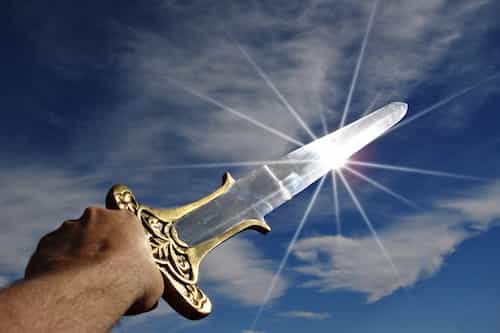 Soon after Ali became caliph, he dismissed provincial governors who had been appointed by Uthman, Now Muawiyah the governor of Syria refused to submit to Ali’s orders, he was the only governor to do so. At that time he was Governor there for about 17 years. A long tenure at one place turned out to be lethal. And they have strong support there in Syria not only in Muslims but also in Christians because of obliging them and giving them high positions in state affairs. And also because his wife and mother of his son Yazid, Maysun bint Bahdal was a former Syriac Orthodox Christian from the Kalb Bedouin tribe daughter of the Kalb’s leader, Bahdal bin Unayf. Mauwiya refused to give allegiance to Ali on the plea that Ali should first punish the killers of Usman and secondly on the pretext that his tribe clan and all others had not participated in Ali’s election and that Ali is not a unanimous Caliph.

Oath Breaking of Talha and Zubayr

Why Aisha (Wife of Prophet Muhammad) headed to Basra

Just when Ali resumes the office of caliphate, In November/ December of 656 AD Zubair, Talhah and Aisha, the wife of prophet Muhammad, refused their allegiance to Ali and with an army marched towards Basra claiming that they want to take revenge of Usman as the assassins of Usman were there in Basra.  Thus started the battle of Jamal. The battle is called the battle of Jamal because of Aisha who participated in the campaign riding a male camel called Askar. The battle is also named among Shia as Battle of Nakithun (oath-breakers) as Talhah and Zubair broke their oath and allegiance and planned to fight against Ali.

Battle of the Camel

Ali fought this war in righteousness while the other party was in error. The proof of which were many predictions of prophet Muhammad and his sayings preserved in the heart of Muslims which backed the righteousness of Ali. Before the start of the battle, Ali also reminded Talhah of the sermon of Prophet Muhammad at Ghadir Khum that “Whoever I am his Mawla (Mawla has many meanings including leader, protector, friend), this Ali is his Mawla. O God, love whoever loves him, and be hostile to whoever is hostile to him’?” Listening to this Talhah shocked and responded in Yes. Ali asked the next question then why do you want to fight me? This conversation is recorded by both Shia and Sunni sources.

Prophecy of the dogs of Hawab

Further, while going towards Basra when Aysha approached the waters of Bani Aamir, she heard some dogs barking. Aysha asked, ‘What is the location of this area. She was answered, ‘This is the waters of the Howab.’ Then she said I am going back. Because she had heard the Holy Prophet saying, “I see a day when dogs of Hawab are barking for one of you women (i.e. any of his wives). Be careful not to be that woman. Abd Allah bin Zubair collected fifty people who swore that the place was not Howab to change Aisha’s mind. 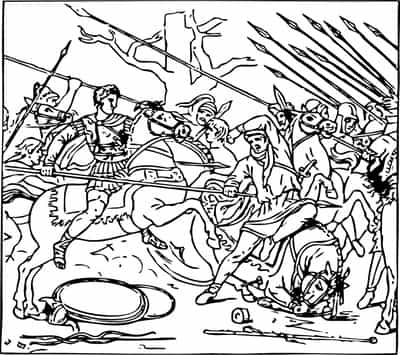 On their way, they also came across Marwan bin Hakam with a huge group of Umayyahs leaving Madina and so together all of them reached Basra. Thus started the Battle of Camel or Battle of Jamal in Basra the battle ended with the victory of Ali. The death toll of the war was almost 10000 men. When Talhah Zubair party was retreating Marwan bin Hakam shot Talhah with an arrow in his foot. Remember they were allies as Marwan fought from their side with Ali. Even than Marwan shot and kill Talhah. Keep in mind that this is the same Marwan who later became the Caliph of Ummayad caliphate after the death of Mauwiya II.

Zubayr was much regretful, and he left the battle during the battle and was killed by Amr bin Jurmuz in an ambush. Aaisha was sent back to Madina under military escort in command of Hassan bin Ali and her brother Muhammad bin Abu Bakr. Aisha subsequently retired to Medina with no more interference with the affairs of state. Later, when Aisha remembered the Battle of Jamal, she wished she had died before attending it. Whenever she recited the verse of Quran ” وَقَرْنَ فِي بُيُوتِكُنَّ” And stay in your house of Surah Ahzab chapter 33:33 she cried bitterly. She lived almost 22 years after the battle of Jamal and died in Madina in 678 AD. 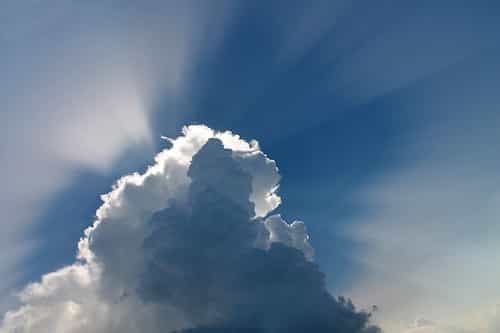