Skip to content
The Nature of Nothing: Empty Space Is Not Empty.TheLastDialogue

The Nature of Nothing: Empty Space Is Not Empty- Virtual Particles and Quantum Foam Explained. Illusion of Reality.

Please read How small is an atom, Introduction to Quantum physics, 8 unique features of Quantum world and Matter is an illusion  before or in conjunction with this article. 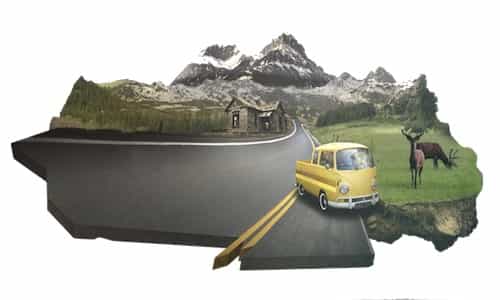 What is space made of?

The Science of Emptiness

This space you see around in this universe in between stars and planets and on small scales inside atoms is actually not empty. This empty space which fills the entire universe is itself the real foundation of the universe. I remember whenever in my childhood I thought about space and the horrible distances in between celestial bodies planets stars and galaxies I felt a cold wave in my spinal cord. For most of the people, it is the matter this material world that terrifies them. The huge piles of matter in the form of earth planets and stars and their abundance in the universe. But for me, this empty space is more a reason to cause shivering in my body. As you now know that the universe is expanding and I told you in part 16 that in just 1 hour the size of our universe increases to almost 3.5 billion Km to 7 billion Km. Depending if we take the observable universe as 46 Billion light years across or 92 billion LY across respectively.

Space Is Continuously Expanding And Growing In Size

This size is increasing only because of space which is expanding. Now I give you an example that why this empty space is more a reason to cause shivering in my body. Consider you have a piece of land. Now you can sow and cultivate whatever type of crop, plants you like in that land and it will come out from that land and you can even take its soil and can make your house or whatever you like. Everything is possible but your land your total area your total space will never increase in size. This is what happening in the universe that it is growing in size and that is because of this seemingly non entity thing we call empty space. As John Wheeler said that no point is more central than this, that space is not empty, it is the seat of the most violent physics.

Space is not empty

Virtual Particles: Something From Nothing

Space is not empty, actually made up of virtual particles popping out so fast that we cannot see them. On the back screens is an animation showing empty space inside a proton. To give a sense of the scale of this field, the activity represented in the animation occurs at a million billion billion frames per second within a region of space just a few million-billionths of a meter across. This animation was made by Derek Leinweber an Australian professor of physics by using supercomputer simulations which was featured in the 2004 physics Nobel Prize lecture by Frank Wilczek who won the Nobel prize that year. Now coming to the point, proton made up of 3 quarks but the weight of Proton is only 10% of these quarks and 90% by empty space.This also solved a years-long debate that all this material world is an illusion. As I already told you that matter is actually empty and also gave you a size comparison of an atom with that of its nucleus in part 18. Now it turns out that all this empty space is actually matter, a fluid of invisible virtual particles popping in and out of existence in a time scale very short.

To understand it consider a fish that live deep inside an ocean. For it the whole water around is just like space, a medium in which everything else exists. She takes that water for granted as it is just a container as this space is for us human beings and only considers the other things in the water like sea life, plants and rocks as the material world. But for us looking from outside, the reality is that water itself is matter. 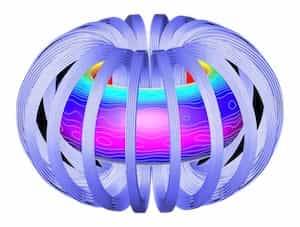 So vacuum in a circulating state becomes matter, and that empty space is full of energy and this energy is not small. There is a lot of it and we can actually calculate how much energy there in that space. And that reality might actually come out of it that everything we see is actually emerging from that space. All this world around in which we live is made up of a fine fabric of space and time. Space is what there is so that things do not pile at the top of each other and time is what preventing everything to happen at once.

In quantum field theory, the vacuum state is the quantum state with the lowest possible energy. It contains no physical particles, and is the energy of the ground state. This is also called the zero point energy, the energy of a system at a temperature of zero.

Energy Density Of A Sub-Atomic Particle

So it’s not the material world that defines the space but the space that defines the material world. The fabric of space appears as a violent virtual plasma consisting of particles whose size is on the order of Planck’s length 10 power -33 cm. The energy density of the electric flux passing through each particle is enormous. It is 10 power 93 grams per cubic centimeter, expressed in mass units. That is a huge number 10 with 93 zeroes. It is so big that to give you an idea if we took all the stars in the universe and stuck them into a centimeter cube of space. The density of that cube would be 10 to the 55 gram still 39 orders of magnitude less than the vacuum density at the quantum level.

Discovery of this energy in the vacuum was really significant but in general, it was ignored for many years as the number is so massive that physicists felt it hard to accept. After the Casimir effect has been demonstrated in the laboratory, now we can show that the vacuum density is a reality as plates can be pushed together by using the vacuum. In fact, we are now able to extract photons directly out of the vacuum and we can extract energy directly out of what we thought of as empty space.

Calculations by leading physicists such as Wheeler show that a cubic centimeter of vacuum, like the size of a sugar cube has so much raw energy in it that, if condensed into matter, there would be more matter than what is observable in the universe through the largest telescope.

When Michael Faraday was asked by the King of England that would this electromagnetism, he discovered be of any benefit. He replied I don’t know. But this thing changed the whole human civilization. Now we cannot think of living without electricity and all the gadgets that work on electricity. Same if we understand the way to utilize the energy in empty space and also how to utilize gravity at its most fundamental level, our civilization will change altogether and we can get access to almost an infinite amount of resources. 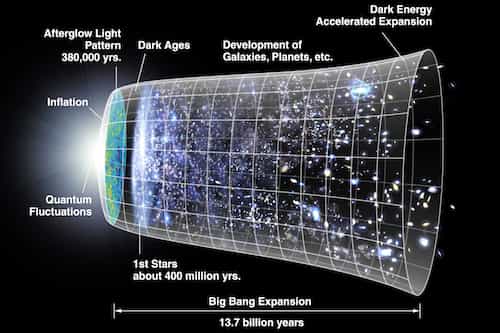 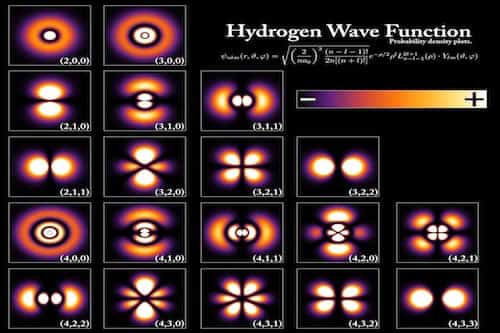 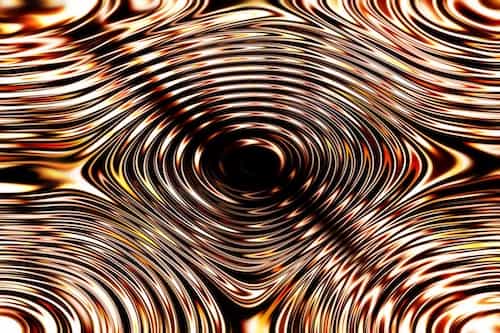