Skip to content
Living Cell: Parts, Structure and functions. A Tour of the Cell; Cells are like factories.TheLastDialogue

Living Cell: Parts, Structure and functions. A Tour of the Cell; Cells are like factories. 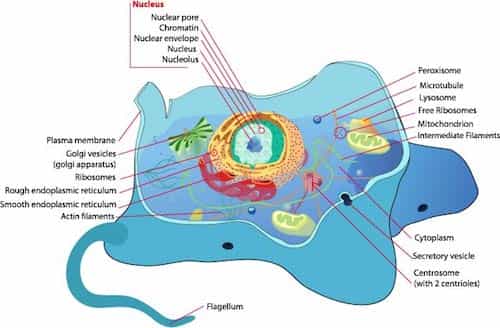 There are almost 37.5 trillion cells in human body. Every cell in itself is a complete factory which has its own power generation, sewerage, and waste removal mechanism. Cells as protein-producing factories and are very similar to our factories. To stay alive and function properly, cells have a division of labor similar to that found in our own factories. Cells are formed of a plasma membrane, a nucleus, and cytoplasm. Plasma membrane controls what enters or leaves the cell. It is similar to the shipping and receiving department of a factory.

The Inner Life Of A Cell

The plasma membrane also operates as the communications department because it is where the cell contacts the external environment. The Nucleus is like the executive department that runs the cell factory and controls all its activity. It decides what proteins are to be made and keep a record of all the plans for any proteins that the cell currently produces or has made in the past. The nucleus membrane contains the blueprints of the cell. The information for the production of proteins is encoded in a series of bases along the DNA found in the nucleus. The cytoplasm includes everything between the cell membrane and the nucleus. It holds many kinds of cell structures and is the site of most cell activity. The cytoplasm is similar to the factory floor where most of the products are assembled, finished, and shipped.

These structures perform various functions for the cell which come under the categories of production, maintenance, and energy transformation. These workers in cytoplasm do not create the product designs rather they read the plans sent from the executive department nucleus in this case. Ribosomes are specially tasked workers that build proteins and they themselves are manufactured by the nucleolus. Mitochondria and Chloroplasts are specially tasked workers Or tools of a cell located in the cytoplasm. These are the two organelles responsible for power generation. 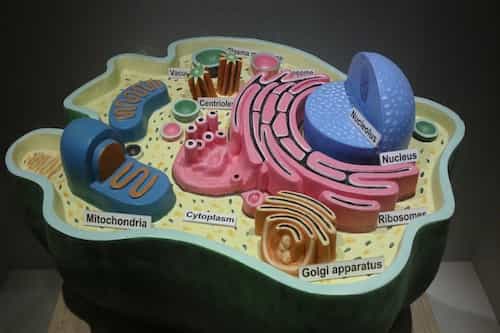 Like our factory’s power plants, mitochondria and chloroplasts transform one form of energy to another. Remember that nearly all the energy used by living things on Earth comes from the Sun. These cells have so many activities to perform that a scientist who studies them can easily come to the conclusion that they are entities of high intelligence.