Skip to content
Quantum entanglement and teleportation: Can we teleport humans.TheLastDialogue

Quantum entanglement and teleportation: Can we teleport humans. 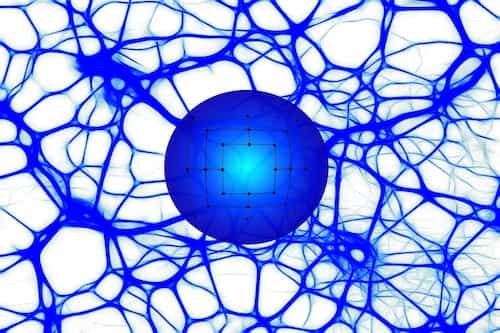 Seventh is quantum entanglement and teleportation by which particles may be entangled or connected even if they are separated by the expanse of the universe. Imagine that you and a friend had two coins with a magical connection. If one showed up heads, the other would always be tails. You each take your coins at different places and then flip them at the same time. If yours comes up heads, then at the exact same moment you know your friend’s coin has just come up tails. Entangled particles work like those coins. In the lab physicist have already entangled pairs of photons then send the pairs to a lab in a different city now the latest by Chinese scientists at a distance of 1200Km. When they measured something about the photon in their lab, the other one was affected immediately. 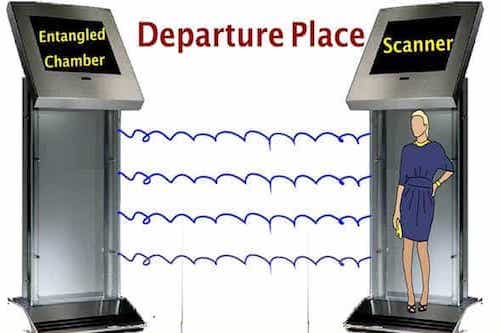 Applying quantum entanglement scientists have been able to teleport particles. In July 2017 Researchers in China have teleported a photon from the ground to a satellite orbiting more than 500 kilometers above. Whether in future we would be able to teleport heavier stuff e.g human beings is at the moment far from achievement. A single human being contains a huge amount of particles and that means an immense amount of data would need to be transferred for human teleportation. There are more particles in the human body than there are stars in this universe. 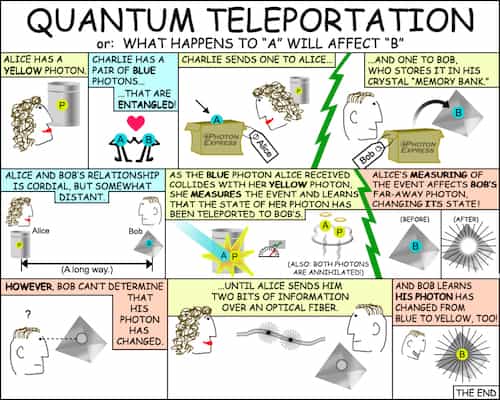 This information will be then sent to the arrival place where the particles are already entangled with the chamber at departure place and replicate the quantum state of each of individual particles of our body, creating an exact replica.  Meanwhile, the original person has been destroyed as it is a must in teleportation protocol that the thing that is being transported is destroyed in the process.