Early Life and his real name 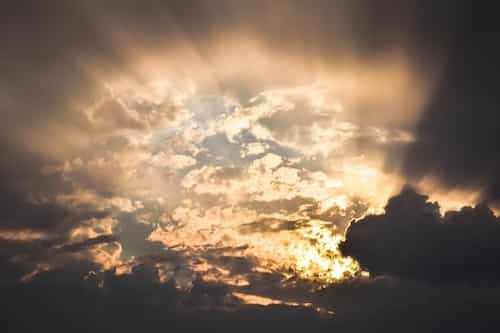 Now another incident happened and now with Abdul Muttalib the grand father of Prophet Muhammad. Abdul Muttalib real name was Shaybah ibn Hashim. Same as in case of prophet Muhammad His father Hashim died while doing business in Gaza, before ‘Abdul-Muṭṭalib was born. He was given the name Shaybah meaning white-haired or Ancient because of the streak of white through his jet-black hair. His mother was Salmah bint Amr from Banu Najjar, a clan of the Khazraj tribe in Yathrib later called Madinah. You remember I told you that Abd Manaf has four sons Hashim, Abd Shams, Nawfal and Muttalib.

Now after the death of his father, Hashim Shaybah (Abdul Muttalib) remained there in Madina with his mother till eight years but later his youngest uncle Muttalib came to know about him and he went to Madina Yasrib and claimed him from his mother. During his return upon arriving in Mecca, the people assumed the unknown child was Muttalib’s slave, giving him the name ‘Abdul-Muttalib (slave of Muttalib) Thus he got this name.

The dispute on custodianship of Kaaba

Abdul Muttalib as Chief of the Hashim clan

Let’s come back to the incident that happened with Abdul Muttalib which further increased the gulf between two clans of Banu Hashim and Banu Ummayah. On the death of his uncle Muttalib, Shaybah(Abdul Muttalib) succeeded him as the chief of the Hashim clan and took over the duties to look after for the needs of the pilgrims. He achieved much fame and his people loved him and his name was great among them. But Harb the son of his cousin Ummayah once again claimed over the custodianship of the Kaaba. They requested king of Habsha to become an arbitrator in their dispute but he refused then the matter was brought to ‘Umar ibn Al-Khattab’s grandfather Nufayl ibn Abdul Uzza who gave his verdict in favor of ‘Abdul-Muttalib by saying these words to Harb s/o Ummayah “Why do you pick a quarrel with a person who is taller than you in stature; more imposing than you in appearance; more refined than you in intellect; whose progeny outnumbers yours and whose generosity outshines yours in luster?” Thus the custodianship of Kaaba remained with Banu Hashim but this deepens the gulf of rivalry between Ummayah and Hashims.

The year of the Elephant

One more thing to add about Abdul Muttalib the grandfather of Muhammad is that he was the person who dealt with Abrahah who marched towards Mecca to demolish the Kaaba. In a meeting with Abrahah Abdul Muttalib said the famous words written in history “The Owner of this House is its Defender, and I am sure He will save it from the attack of the adversaries and will not dishonor the servants of His House” The same happened as is mentioned in Quran in Surah Feel chapter 105.