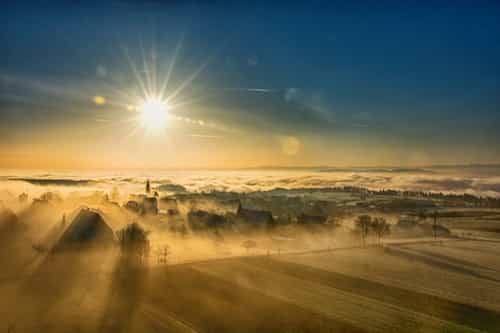 In this tale of Muslim nation other than Mecca and Medina, one important city or country is Sham, modern day Syria. I have told you about the family tree of Muhammad. In that one name is very important which is Abd Manaf s/o Qusai the great great grandfather of Muhammad. Abd Manaf has four sons Hashim, Abd Shams, Nawfal and Muttalib. Hashim and Abd Shams were the eldest and twins while Muttalib was the youngest. There is a narration that Hashim and Abd Shams were adjoined twins born with Hashim’s leg attached to his twin brother’s head and that their father separated his joined sons with a sword and that people believed that the blood that had flown between them signified wars between their progeny. After Abd Manaf, Hashim became the guardian of Kaaba and for all the affairs related to Pilgrims.

The word Hashim means pulverizer in Arabic. He was a generous man and famous for providing crumbled bread in broth for the pilgrims. One other narration tells that word Hashim comes from the Arabic root word Hashm, which means to save the starving,  which literally he did in Mecca during a seasonal famine, and he thus became the man who fed the starving.

Rivalry with Banu Ummayad and Custodianship of Kaaba

This respect for Hashim made many his enemies one of which was Umayyah, the son of his brother ‘Abd Shams. When Prophet Muhammad born Bani Hashim and Bani Ummayah were the strongest and most prominent tribes. Bani Hashim were respected the most as they were in charge of the Religious affairs i.e. looking after Kaaba, Pilgrims & the related matters. Bani Ummayah were the most powerful; they were rich and bigger in number and also have more of Army/fighting men. The hostility and opposition between Banu Umayyah and Banu Hashim began before Islam because of the old grudges, conflict of interest and tribal superiority complex. Bani Umayyah and Bani Hashim were the chiefs of Mecca and held high offices even during the Age of ignorance.

Coming back to Hashim getting the charge of Kaaba, Umayyah challenged his position and the matter brought forth to all the elders and decision was in favor of Hashim and Umayyah got no real support and shifted to live out his life in Syria. There he earned much growth in contacts and economy. And back there in Mecca, his family became influential because of this increase in trade contacts and wealth.