Follow what has been revealed to you from your Lord, and do not follow besides Him any allies. Little is what you remember.

And indeed this, your religion, is one religion, and I Am your Lord, so fear Me.

But they cut off their affair (of unity) between them into sects, each faction rejoices in what it has.

So leave them in their confusion for a time.

Then when Our punishment comes to them, their plea is not except that they say, “Indeed, we are wrongdoers.

In part 34, I was discussing sects within Shia Muslims. And that they are broadly divided into three categories Twelvers, Fivers and Ismailis. I already talked about first two let’s discuss Ismaili Shias.

Ismailis separated from the Main Shia group as they accepted Ismail ibn Jafar as their Imam instead of Musa Kazim younger brother of Ismail. History reveals that Ismail actually died before his father Jafar Sadiq. Some Ismaili denies the death of Ismail in the life of his father.  The split among them came with the death of Muhammad bin Ismail. The majority denied his death; they recognized him as the Mahdi. They are known as Seveners. The minority believed in his death and would eventually emerge in later times as the Ismaili Fatimid Caliphate, which is also the precursors to all modern Ismaili groups. The secret wisdom of the Ismaili’s was accessible only through a hierarchical organization headed by the imam and was disseminated by Dais missionaries, who introduced believers into the elite through carefully graded levels.

I already told you that Seveners are mostly Qarmatians which are now almost extinct. In the second half of the Ninth century in southern Iraq Ismailis Seveners became active under the leadership of Hamdan Qarmat. This branch of the sect is known as the Qaramitah or Qarmatians, established itself in Iraq, Yemen, and especially Bahrain, in the 9th to 11th century.

Fatimid Caliphate: The precursors to all modern Ismaili groups.

All other Ismaili subgroups emerged from the Imams and Rulers of Fatimid Caliphate. First split occur after 6th Caliph Al-Hakim bi-Amr Allah when in 1021 AD he did not return form a journey and his mule returned soaked in blood. Then his followers did not recognize his successor and they believed al-Hakim to be alive, the incarnation of God and the prophesied Mahdi. Those followers are known as Druze which further split from both Ismailia and Islam. The second split occurred in 1094AD after the death of 8th Fatimid Caliph Maad al-Mustansir Billah. His sons Nizar the older, and Al-Mustali billah the younger, fought for political and spiritual control of the dynasty. Nizar got defeated and Jailed. Then the Egyptians recognized Mustali as Imam and are called Mustali Ismaili and Syrian and Iranian recognize Nizar as Imam and thus called Nizari Ismaili. 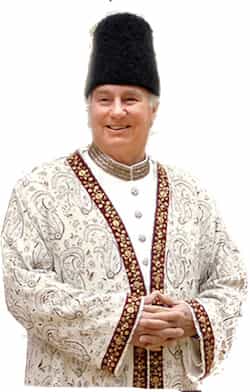 Now Nizari Ismaili also split into Muhammad-Shahi Nizari and Qasim-Shahi Nizari. They have 28 common Imams until 1310 AD then on the death or Hiding of Shamsu-d-Din Muhammad the 28th Nizari Imam some Nizari took his elder son Ala ad-Din Mumin Shah as Imam and are called Muhammad-Shahi Nizari because of his son and next Imam Muhammad Shah bin Mumin Shah. They obey this line of Imams until the 40th Imam Amir Muhammad al-Baqir disappeared in 1796. So this line of Nizari Ismaili almost died out. The others Nizari took the younger son of Shamsu-d-Din Muhammad called Qasim Shah and are called Qasim-Shahi Nizari. And they are the largest branch of Ismailis almost 95% of the Ismaili community. Their 46th Imam moved from Iran to India in 1840. They have an unbroken chain of Imams and the current and the 49th Imam is Shah Karim Al-Husayni known as Prince Karim Aga Khan IV.

Now Mustali Ismaili later moved their religious center to Yemen and they further split into Hafizi and Tayyebi Ismaili. They had not recognized any Fatimid after Al-Mustali’s son al-Amir. Hafizi Ismaili claimed that Al-Amir died without an heir and was succeeded as Caliph and Imam by his cousin Al-Hafiz. The Hafizi Ismaili is also an extinct sect. They had 26 Imams lived in Egypt and Syria but had died out by the 15th century AD. Tayyibi Ismaili are those who believed that after Al Amir death in 1130 AD al-Amir’s infant son al-Ṭayyib their 21st Imam remained alive. They further believe that the line of the imams is hidden until a future time. In the interim, they are governed by the chief Dai. Because Hafizi are extinct so current-day Mustalis are all Tayyibi.

The Tayyibi branch continues to this day, headed by a Dai al-Mutlaq as vice-regent in the imam’s occultation. In 1592, after the death of the 26th Dai Suleman bin Hasan, the grandson of the 24th Dai, was in charge in Yemen and claimed the succession, some accepted and became Sulaymanis Bohras and now are mainly located in Yemen and Saudi Arabia. But the followers of Dawood Bin Qutubshah denied his claim and became the Dawoodi Bohra. Later a split in 1637 from the Dawoodi Bohras resulted in the Alavi Bohra. Dawoodi Bohra, found mostly in the Indian subcontinent and also in Yemen and Saudi Arabia. The name Bohra is a transformation of the Gujarati word vahaurau “to trade.” The Bohra are mostly traders merchants but also has a Sunni Bohra minority who are mainly peasant farmers. 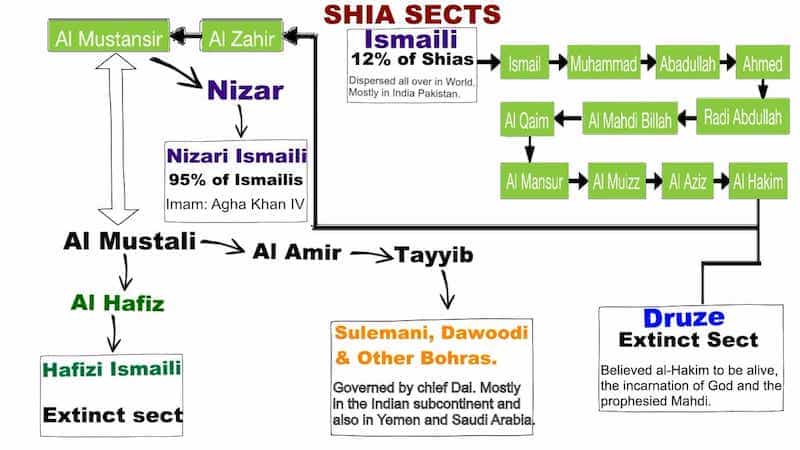