Skip to content
Nova and SuperNova: Without SuperNovas you cannot have your engagement rings.TheLastDialogue

Nova and SuperNova Type I and Type II: Without SuperNovas you cannot have your engagement rings. 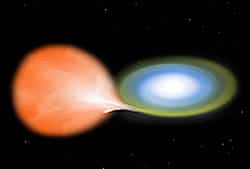 Difference between Nova and SuperNova

Now let’s discuss something about Nova and SuperNova. As I told you in part 18, that we have only one sun in the sky but in the universe, solar systems have more than one sun. More than half of all stars are in multiple star systems. That means their solar system has two or more suns in it. This 2 or 2 plus star system is called Binary/Multiple Stellar System. One example is a white dwarf near Sirius and Polaris (The North star). They are 3 Polaris A, B, and C. Now If white dwarf stars have nearby companions especially some dying star which is increasing in size, than that become close to the white dwarf and the later get some mass from it, and that is mostly hydrogen from it’s outercore, and by getting this it can come back to life and reach a time when temperatures become high enough to ignite fusion. Then fusion ignites everywhere and for a little amount of time star become really bright and become a Nova. So it can become Nova many times by getting fresh mass. 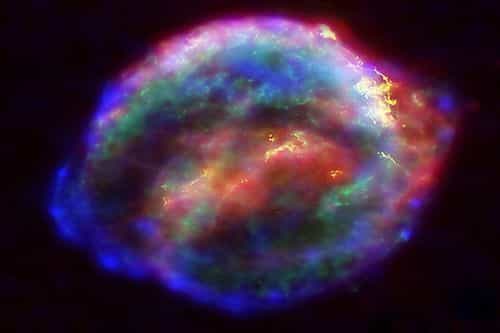 SuperNova Type I and Type II

Now as for SuperNova Astronomers divide supernovas into two groups: Type I and Type II. If a white dwarf star gets enough mass like 1.4 of Solar mass than electron degeneration pressure cannot hold gravitational collapse and the star explode in a supernova type I. There is nothing left in this case everything become dust all around. The second type of supernova occurs at the end of a single star’s lifetime. As the star runs out of nuclear fuel, some of its mass flows into its core. Ultimately, the core is so heavy that it cannot resist its own gravitational force. The core collapses, which results in the giant explosion of a supernova. The total equivalent radiant energies produced by supernovas may briefly outshine an entire output of a typical galaxy and release energies equal to that created over the lifetime of any sun-like star.

Such violent catastrophes may also expel much of its stellar material away from the star at velocities up to 30,000 km/s or 10% of the speed of light. This induces an expanding and fast-moving shock wave into the neighboring interstellar medium, and in turn, sweeping up an expanding shell of gas and dust, which is observed as a supernova remnant. Supernovas play a vital role in enriching the interstellar medium with the heavier elements. And without which you cannot have oxygen you are breathing to the calcium in your bones, the iron in your blood and the silicon in your electronic gadgets. Moreover, the expanding shock waves from supernova explosions can trigger the formation of new stars. Now, whenever you present a gold ring to your loved one always keep in mind that it does not belong to the earth. That gold has formed billions of years ago during the explosion of a star.