Skip to content
Red Giant Star: Why Do Red Giants Expand? What Happens when a Star becomes a Red Giant.TheLastDialogue

Red Giant Star: Why Do Red Giants Expand? What Happens when a Star becomes a Red Giant. 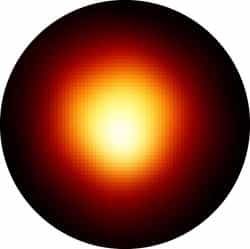 A red giant star is a dying star in the last stages of stellar evolution. Medium mass stars, like our Sun, live by fusing the hydrogen within their cores into helium. This is what our Sun is doing now. When the star runs out of hydrogen in its core to fuse, it  then starts fusing the helium and remaining hydrogen in a shell surrounding the core. The energy produced by this fusion causes the star to expand outward to many times its original size. But now this outer envelope is lower in temperature, giving them a reddish hue and thus they are called Red Giants. 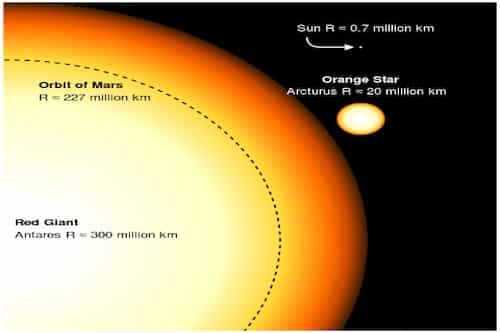