Skip to content
Planet Mercury: The Inner and the first Terrestrial planet.TheLastDialogue

Planet Mercury: The Inner and the first Terrestrial planet.

Now today I will continue with the Solar system by giving you a brief overview of planets and other bodies in it. Starting from the first planet Mercury named after the messenger of the Roman gods this is the smallest planet in the Solar system. It has no moon. Mercury is second in density after Earth and has the highest orbital speed. Earth’s core is 17% of its size, but Mercury’s core is not compressed and is 46% of the size. 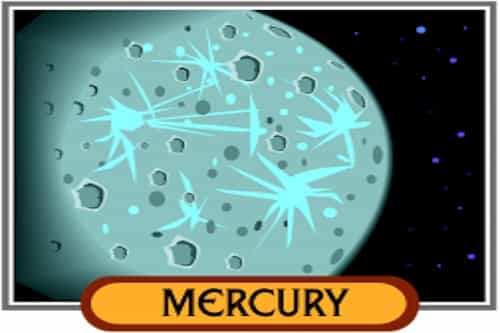 From space, Mercury looks like the back side of the moon and can be seen as morning or evening star but get lost in sun’s glare. It has phases like moon and its one day is equal to 59 earth days and 1year equals to 88days. Mercury has almost no atmosphere only very thin exosphere because of which extreme temperatures at day and night -173 Celsius at night to 427 Celsius during the day. Mariner-10 mapped mercury 45% in 1974-75 than Messenger launched in 2004 & put in orbit around Mercury in 2011.