Books of Sunni Muslims. A brief list of most important Sunni books. 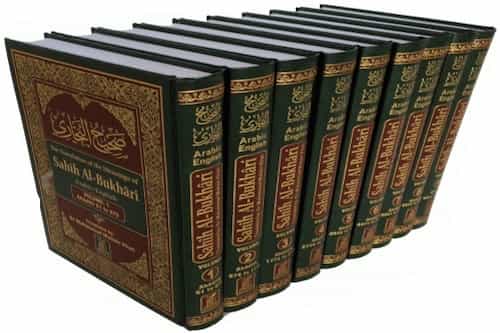 Starting from Tafsir al-Tabari full name Jami al-bayan an taawil ay al-Quran جامع البيان عن تأويل آي القرآن, by Muhammad ibn Jarir al-Tabari a Persian scholar born in Tabristan in 839AD. This is one of the earliest commentaries in the history of Muslims. Then Tanwir al-Miqbas by Abd Allah bin Abbas, Then comes Tafsir ibn Kathir by Abu al-Fida Imad Ad-Din Ismail bin Umar known as Hafiz Ibn Kathir a Sunni scholar of the Shafii school during the Mamluk time born in 1300AD in Syria. He was taught by Ibn Taymiyyah and Al-Dhahabi. Many Sunni Muslims hold his commentary as the best after Tafsir al-Tabari, especially among Salafis. Then Al-Tafsir al-Kabir or Mafatih al-Ghayb by Fakhr al-Din al-Razi born in 1150AD.

Now some introduction of Hadith books. For non-Muslim listeners hadith means sayings of Prophet Muhammad. At the top of the list is Kutub al Sitta or Sihah al-Sittah “The Authentic Six” although originally they were five books and then in the 11th century Ibn al-Qaisarani added Sunan ibn Majah to the list. Although Malikis don’t accept it and consider al-Mawatta to be the sixth book.

First of these six books is Sahih Bukhari, by Abu Abd Allah Muhammad bin Ismail known as Imam Bukhari. A Persian scholar born in Bukhara in 810AD and died near Samarkand in 870AD. It includes 7,275 ahadith.

Then comes Sahih Muslim, by Abu al-Husayn Asakir Muslim bin al-Hajjaj also known as Muslim Nishapuri. He was also a Persian scholar born in Nishapur Khorasan present-day Iran in 820AD and died in 875AD. During his last days, he remained an assistant and friend of Bukhari. This collection includes 9,200 ahadith.

The third collection is Sunan Abu Dawood, by Abu Dawud Sulayman bin al-Ashath again a Persian scholar born in Sistan Iran in 817 and died in Basra in 889. It includes 4,800 ahadith.

Then comes Jami al-Tirmidhi, by Abu Isa Muhammad bin Isa al-Tirmidhi. A Persian scholar born in Termiz Uzbekistan in 825AD and died in 892AD. He was a pupil of al-Bukhari. This collection contains 3,956 ahadith.

The fifth one is Sunan al-Sughra also known as Sunan an-Nasai, collected by Abu Abd ar-Rahman Ahmad bin Shuayb known as al-Nasai. Again a Persian born in 829AD in Nisa Khorasan present-day Turkmenistan and died in 915AD. This collection Sunan al-Sughra, or Al-Mujtaba he selected from his “As-Sunan al-Kubra”. It includes 5,270 ahadith.

Now for the sixth and last book, there are two candidates either Sunan ibn Majah Or Muwatta.

Muwatta is by Malik bin Anas born in Madina in 711 and died in 795AD. He was also the teacher of Abu Abdullah Muhammad ibn Idris al-Shafi. This collection contains 1,720 ahadith.

Other famous books of ahadith are Mishkat full name Mishkat al-Masabih in English A Niche for Lamps. Written in the 14th century which is an expanded version of 12th-century Al-Baghawi’s Masabih al-Sunnah by Muhammad bin Abdullah Khatib Al Tabrizi. Then other famous books are Al-Mujam al-Kabeer by al-Tabarani in the 10th century, Musnad Ahmad bin Hanbal, Kitab ul-Aathaar in the 9th century by Abu Yusuf & Muhammad al-Shaybani students of Abu Hanifa and last but not the least Musnad al-Shafii of Imam Shafii.

Then there are commentary and guidebooks on Hadith like Fath al-Bari (Sharah or commentary of Sahih Bukhari) by Ibn Hajar Asqalani. Usool As-Sunnah by Imam Ahmed Bin Hanbal and Muqaddimah fi Ulum al-Hadith by Ibn al-Salah. 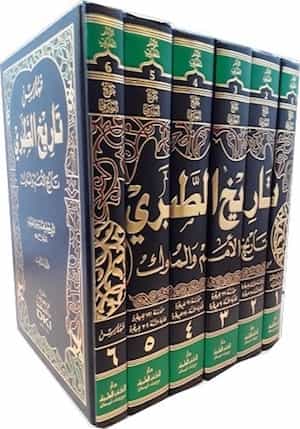 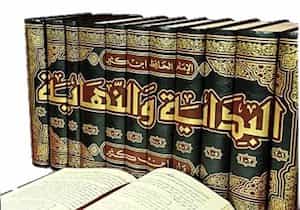 Then comes the history books. Top of the list is تاريخ الرسل والملوك  History of the Prophets and Kings famous as Tarikh-E-Tabari by Muhammad ibn Jarir al-Tabari. Then comes Al-Bidaya wa-n-Nihaya البداية والنهاية “The Beginning and The End famous as Tareekh Ibn Kaseer. Then al-Tarikh al-Kabir by Muhammad ibn Ismail al-Bukhari. Then Muqaddimah مقدّمة ابن خلدون by Ibn Khaldun written in 1377 AD which is a masterpiece as it was the first attempt to the philosophy of history, evolution, natural sciences politics and economics. Then comes Seerat Rasul Allah by Ibn Ishaq and As-Sirah an-Nabawiyyah by Ibn Hisham.