And the worldly life is not but amusement and diversion; but the home of the Hereafter is best for those who fear Allah, so will you not reason? (Surah Anam 6:32) 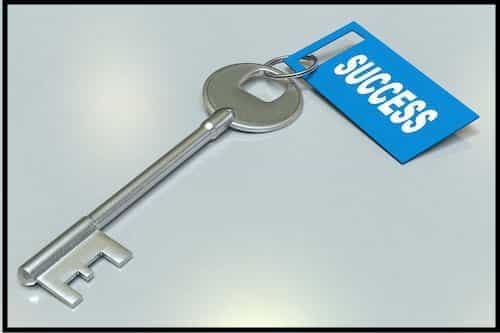 Quran and all other true revelations of God tell us the most important trait of successful people that they are those who sacrifice the immediate pleasures and comfort of this world and work hard to get the reward from their Lord in the Hereafter.

What is the Secret to Success in Life?

Since centuries psychologists were investigating why some people become successful in life while others not, excluding external factors what is that trait in one’s personality, which makes him successful. For many decades the most acceptable research and conclusion about this was the “IQ”.— Intelligence quotient is a total score derived from several standardized tests designed to assess human intelligence. IQ is a score obtained by dividing a person’s mental age score, obtained thru a test, by the person’s chronological age, both expressed in terms of years and months. The resulting fraction is multiplied by 100 to obtain the IQ score.

Success is Not About IQ 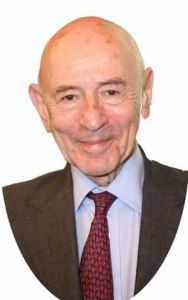 But then comes the longest and most time-consuming research in the history of Psychology. In the 1960s, a Stanford professor named Walter Mischel began conducting a series of important psychological studies. And then 40 Years of Stanford Research found that People with one quality are more likely to succeed. And that it is not IQ. Instead, people with high IQ levels may end up as criminals, marginal individuals and losers in society.

The researchers followed each child for more than 40 years and over and over again. What they found was surprising. The children who were willing to delay gratification and waited to receive the second marshmallow ended up having higher grades, better social contacts and skills, got better jobs and are more successful in all other areas of life. This series of experiments proved that the ability to delay gratification was critical for success in life.

What is Delayed Gratification?

What actually is Delayed Gratification. It is actually the ability to see in future i.e two Marshmallow better than one, college education is better than school, short cuts are bad. This applies to all fields of life. If you delay the gratification i.e your desire of buying Burger and chips at the fast food, then you will eat healthier when you get home, If you delay the gratification of playing video game now and instead do your homework you will get good results. The thief who can see more in future is clever than the police. He can see in future that what can the police do to catch him.

And those who believe in what has been revealed to you, and what was revealed before you, and of the Hereafter they are certain [in faith].
Those are upon [right] guidance from their Lord, and it is those who are the successful.

Now I am going to tell you something very interesting. It is not till 20th century that science reached to that conclusion, but in Quran and all revelations and Holy scriptures this is the lesson God teaches you. That is refrain from some pleasures in this world and get thousands time better reward in the Hereafter, which will be eternal and long-lasting. Same as in the Marshmallow Experiment those researchers offered a deal to the children, God Offering us an almost same deal that He will not take your liberty of choice and decision and for some amount of time in this world He is leaving you on your own just like the teacher/researcher told that if the child did not eat the marshmallow while he was away, then they would be rewarded with a second marshmallow.

So let me conclude that as the Marshmallow experiment proves the reason of success in this world is mostly Delayed gratification i.e the ability to see in future the ability to resist the temptation for an immediate reward

and wait for a later reward, I assure you that those people who are refraining themselves from immediate pleasures of this world, refrain themselves from sin and evil doings have actually the maximum ability to see in future than all the other human beings. As they are controlling their desires for some reward in the future.

Psalm 8:8 Miracle: …. whatever passes along the paths of the seas