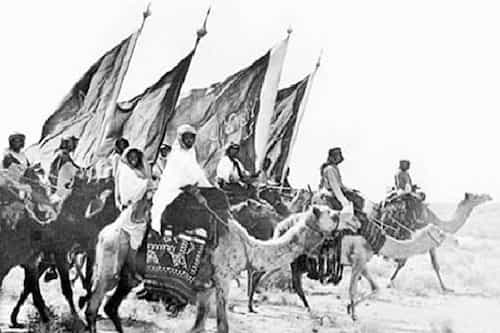 Wahhabism, founded by Muhammad bin Abd al-Wahhab a religious leader and theologian from Najd in central Arabia born in 1703AD and died in 1792AD. The  followers are Mostly Hanbali and relied on theology of Ibn Taymiyyah and prefer themselves not to be called Wahabis but either muwahhid or sometime Salafis. It started as an Islamic reform movement to restore pure monotheistic worship and get rid of Taqleed, reverence and visiting saints or their graves which they considered as Bidah (Innovation in Islam).

To spread his ideas, Muhammad bin Abd al-Wahhab joined hands with Muhammad bin Saud a political elite and entered into a pact that he will help bin Saud to establish his rule and in return bin Saud and his family will support his doctrine. This power-sharing formula continues even after the establishment of modern day Saudi Arabia and still the leading religious elite “The Al Ash Shaeikh” in Saudia are Ibn Abd al-Wahhab’s descendants. Wahhabism also called an ultra-conservative, more strict Saudi brand of Salafism. From the opponents, Wahabism is charged with an accusation of being a source of Muslim terrorism and catalyst ideology for ISIS  and for labeling the Muslims not following their doctrine as an infidel and also for the destruction of Shrines and tombs of saints.

If my Lord Wills- I will continue this topic in next program.

And if God willed, He could have made them one community, but He admits whom He wills into His Mercy. And the wrongdoers have no protector or helper.

Or have they taken protectors [or allies] besides him? But God – He is the Protector, and He gives life to the dead, and He is over all things competent.

And in anything over which you disagree – its ruling is [to be referred] to God. [Say], “That is God, my Lord; upon Him I put my trust, and to Him I turn back.”

And they did not become divided until after knowledge had come to them – out of jealous animosity between themselves. And if not for a word that preceded from your Lord until a specified time, it would have been concluded between them. And indeed those, who were granted inheritance of the Scripture after them, are in disturbing doubt- concerning it.