It is God who has sent down the Book in truth and the balance. And what will make you perceive? Perhaps the Hour is near.

Those who do not believe in it are impatient for it, but those who believe are fearful of it and know that it is the truth. Unquestionably, those who dispute concerning the Hour are in extreme error.

Or have they other deities who have ordained for them a religion to which God has not consented? But if not for the decisive word, it would have been concluded between them. And indeed, the wrongdoers will have a painful punishment.

And he whom God sends astray, for him there is no protector beyond Him. And you will see the wrongdoers, when they see the punishment, saying, “Is there any way to return?

And there will not be for them any allies to aid them other than God. And whoever God sends astray – for him there is no way. 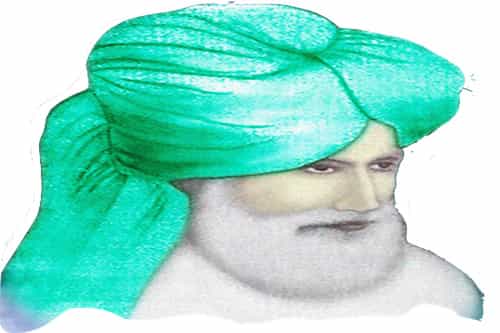 Starting from the introduction of Barelvi. They are Mostly Hanafi but they can be from Maliki, Shafi and Hanbali schools and can have Sufi inspiration choosing Qadiri, Chishti, Saharwardi or any other Sufi way. Barelvi doctrine founded by Ahmed Raza Khan born in 1856 and died in 1921 AD in Barelvi India. They mostly call themselves Ahle Sunnat wal Jamaat or as Sunnis to show they are the mainstream Sunnis. They have Over 200 Million followers mainly in South Asia. They believe Muhammad a human but created from Nur Light, present at many places and see whats going on earth and knows about Ghaib unseen and future. They Do Milad celebration of Muhammad’s birthday, Listen to Qawali and Sufi Music, Believe on intercession and visit graves tombs and revere dead and living saints.

Significant books are Kanzul Iman, translation & explanation of the Holy Quran. Fatawa Razaviyya a 30 volume Fatwa compilation Islamic verdicts on various issues almost 22000 pages. And Husam al Harmain Ala Munhir kufr wal myvan (The Sword of the Haramayn at the throat of unbelief and falsehood) 1906 is a treatise which declared infidels the founders of the Deobandi, Ahle Hadith and Ahmadiyya movements. Specially Ashraf Ali Thanvi, Rasheed Gangohi, Qasim Nanotvi of Deobandi and Mirza Ghulam Qadiyani of Ahmadiyya. And obtained confirmatory signatures from more than 200 Sunni scholars in South Asia, Mecca and Medina.