Skip to content
Planet Mars: The Red Planet and the fourth Terrestrial planet.TheLastDialogue

Planet Mars: The Red Planet and the fourth Terrestrial planet. 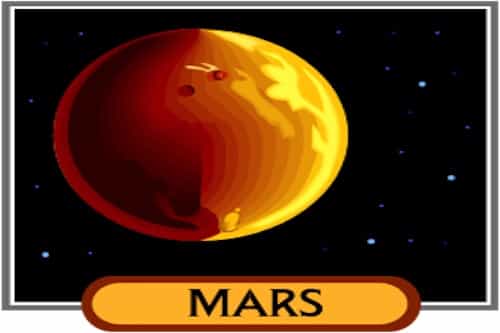 Mars is named after Roman god of War. It’s red because of rusty iron in the ground. It is half the size of Earth and has no magnetic field. Mars has moons Phobos & Deimos. Gravity is 38% of earth’s gravity. One day on Mars is 24.6 hours, and 1year is equal to 687 earth days. Temperature ranges -140C to 21C. The retrograde Orbital motion of Mars is because of optical illusion of Earth-Mars motion difference.  It has a very thin atmosphere made of carbon dioxide, nitrogen, and argon. There are seasons and weather on Mars, and it also has water in the form of ice at poles. 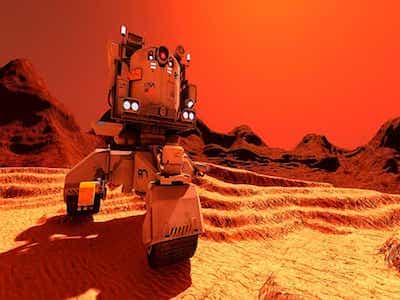 Mars has huge volcanos like Olympus Mons which is almost the size of the state of Missouri and 25km above the surface. Then there is Valley of Mariners, a tectonic fracture 4000km long 7km in depth. A Mars-orbiting satellite recently spotted seven dark spots near the planet’s equator that scientists think could be entrances to underground caves and have been dubbed the seven sisters -Dena, Chloe, Wendy, Annie, Abbey, Nikki and Jeanne -after loved ones of the researchers who found them. Mars was visited by Viking 1&2 in 1976. Current missions are Mars Odyssey NASA and Mars Express by European Space Agency.