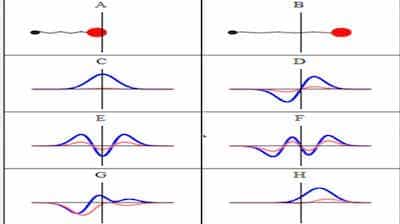 The eighth unique feature of the quantum world is that a particle can tunnel spontaneously from one place to another, bypassing the limit of the speed of light. How far the particle goes after this tunneling effect is limited only by probabilities the farther, the less probable. It has important applications to modern devices such as the tunnel diode, quantum computing, and the scanning tunneling microscope. Particles have the ability to cross barriers they shouldn’t be able to and the reason for this is the particle’s wave function. 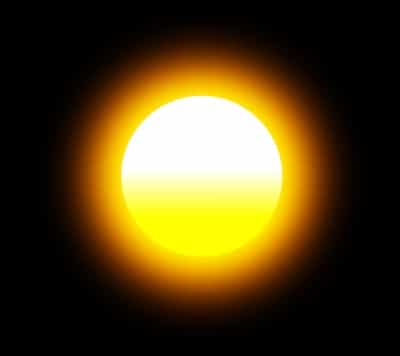 How the Sun works? Fusion and Quantum Tunneling

Quantum tunneling is responsible for nuclear fusion in our sun. In the Sun hydrogen atoms fuse together to create helium and other heavier elements, releasing huge amounts of energy in the process. The hydrogen nuclei consist of positively charged protons and as like charges repel each other fusion only occurs when a huge amount of heat is applied to overcome this barrier and force the protons together. But our Sun is not hot enough to give the protons the energy required to overcome their repulsion. The reason why the protons can overcome the repulsion between their positive charges is because of quantum tunneling. Because of proton’s wave function, there is a small probability that some of them will tunnel across the barrier and fuse with the other proton creating heavier elements and thus fueling the Sun.

Indian Ocean could freeze in summer

According to the laws of quantum physics, there is a non zero probability that the Indian Ocean could freeze in summer or that the Egyptian Pyramids change its structure to a square. There is no need of magic for such events only the tiny probability that all quanta involved quickly tunnel to all the right places to form the ice crystals in Indian ocean OR to form the walls of Pyramid in its new position.

Why do we never observe such happenings is because the probability of even a small number of particles tunneling at a time is very very small. Not to talk they’re ending up at all the right places to reconstitute a physical object, and the happening of this for the vast numbers of particles included in any noticeable material object.