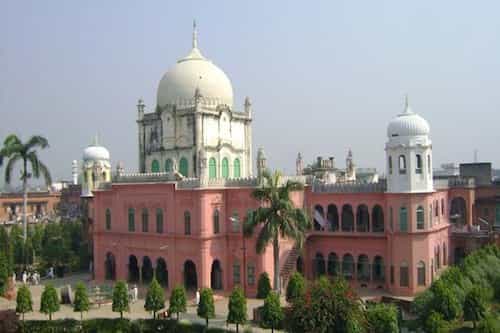 Now lets put some light on Deobandi doctrine founded in 1867 in Darul Uloom Deoband by Muhammad Qasim Nanotvi, Muhammad Yaqub Nanautawi, Rasheed Ahmed Gangohi and Sayyid Abid inspired by teachings of Shah Waliullah Dehlawi 1703–1762 AD. In the late 19th century and early 20th century, Darul Uloom Deoband was the most influential Islamic teaching place along with Al Azhar Cairo. In 1919, some Deobandi scholars formed the political party Jamiat Ulema-e-Hind and opposed the Pakistan Movement as they were in favor of United Hindu Muslim effort against British rule. But few of them supported Jinnah and made their own version in 1945 as Jamiat Ulema-e-Islam. Shabbir Ahmad Usmani was its first president.

Deobandis are sometimes called as Wahabis by Shias and Brelvis due to their relative closeness with their beliefs and for because they get more support for madrassa and schools from Saudi Govt and have the network of Madrasas and schools throughout the subcontinent, Europe and Africa. They strongly support Taqleed that a Muslim should follow one of any four schools of Jurisprudence.