The three major divisions within Islam? Introduction of Sunni Muslims.

Hold firmly to the rope of God altogether, and do not be divided. And remember the Favor of God on you when you were enemies, then He made friendship between your hearts and by His Favor you became brothers. And you were on the brink of the pit of the Fire; then He saved you from it. Thus God makes clear for you His Verses so that you may be guided.

And let there be among you a (group) of people inviting to the good, enjoining what is right and forbidding what is wrong, and those are the successful.

And do not be like those who became divided and differed after the clear proofs came to them. And they will have a great punishment. 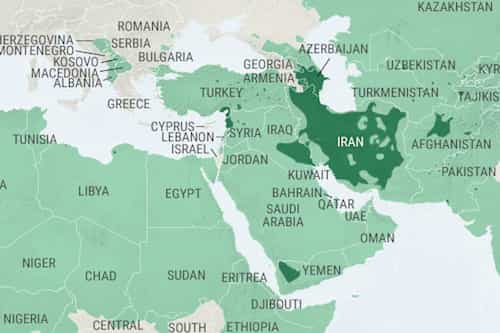 As discussed in part 31, you can clearly see that the early history of Muslims just after Prophet Muhammad in general and then After Umar’s death in specific, laid the foundations of the biggest divide in the Muslim nation and changed the course of Muslim history forever. Hassan stepping down from his right in favor of Mauwiya and then Mauwiya’s appointment of Yazid as his successor which later resulted in Karbala disliked by the Banu Hashim and by supporters of Ahle Bait later called Shia. Umayyah Hashmi Rivalry created a big rift in Muslims from very early days. It later transformed into Umayyah vs. Ahle Bait and then even Abbasids vs. Ahle Bait. I told you that other than these two a third group already emerged in Usman’s time which later became Kharjities those who exit OR the outsiders, during the days of Ali’s caliphate. Now the remaining story revolves around these three primary divisions. All other sects come out of it.

The word Sunni comes from the word Sunnah which is referring to examples teachings, actions or the way of Muhammad. Sunnis are also known as Ahl as-Sunnah wal-Jamah or simply as Ahl as-Sunnah. Their spiritual centers are the al-Azar university in Cairo and the University of Medina in Saudi Arabia. Sunni Muslims are the largest denomination almost 85% of the total Muslim population. But they themselves are further divided into many sub-sects. As I told you in part 30 that fundamental difference between Sunni and Shia sects was on the selection of Muhammad’s successor. Sunni considers that Muhammad did not announce his successor and Abu Bakr his father in Law was rightly elected as Caliph in 632AD in the meeting at Al Saqifah. While Shia says that he did announce Ali as successor at the event of Ghadir Khum. 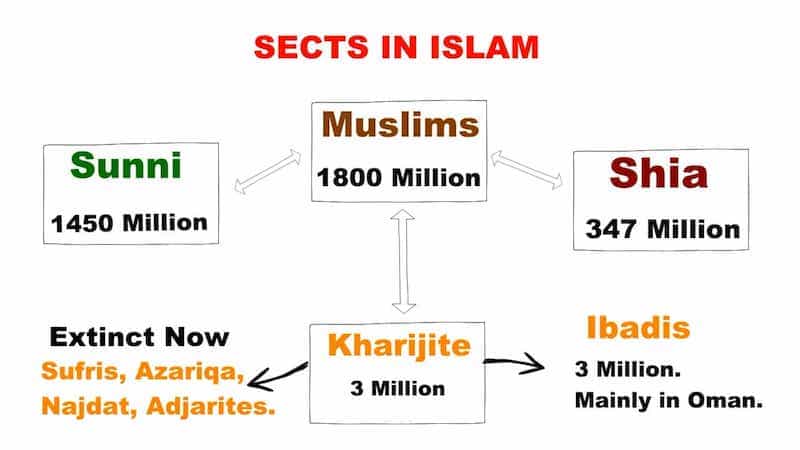