Skip to content
Heliosphere and interstellar medium. What is Solar Wind and how it affects the Earth.TheLastDialogue

Heliosphere and interstellar medium: how far away is it. What is Solar Wind and how it affects the Earth. The travel time for the solar wind. 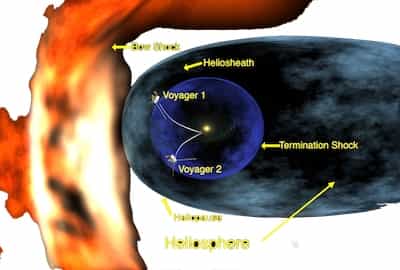 Now before closing this topic of Solar system let me explain the remaining two essential terms, one is Heliosphere which is a vast region of space surrounding the Sun, a sort of bubble filled by the interplanetary medium and extending well beyond the orbit of Pluto. Solar wind creates and maintains this bubble against the outside pressure of the interstellar medium. The solar wind is a stream of charged particles a plasma released from Corona the upper atmosphere of the Sun. The corona, the sun’s outer layer, reaches temperatures of up to 1.1 million Celsius. At this level, the sun’s gravity can’t hold on to the rapidly moving particles, and it gushes away from the star. It mostly consists of electrons and protons with a mass of about one billion kilograms per second almost 4-5 billion tons per hour leaving the sun. 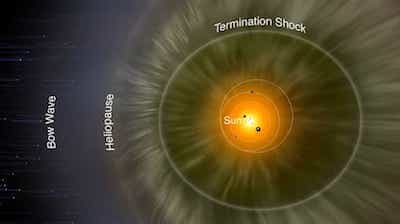 The travel time for the solar wind

The solar wind flows outward at speeds of 450-750km/s or almost 2 million Km/h to great distances filling a region heliosphere I told you above. The travel time for the solar wind from the sun to the Earth is two to four days. An average solar flare just in two hours releases enough energy to power the United States for 10,000 years. 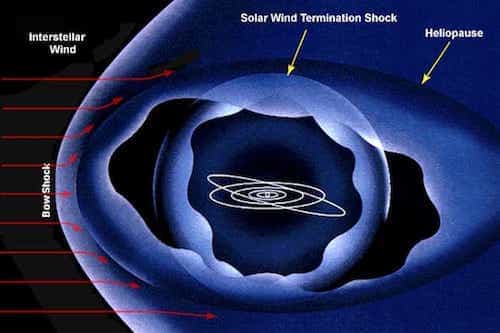 If the stuff carried by the solar wind reached earth or any planet’s surface, its radiation would do severe damage to the life that might exist there. Earth’s magnetic field serves as a shield, redirecting the material around the planet so that it flows beyond it. The force of the wind stretches out the magnetic field so that it is smooshed inward on the sun-side and stretched out on the opposite side of the earth where there is night.