Skip to content
The root cause of division and sects in Muslims. Both Shia and Sunni are wrong. TheLastDialogue

The root cause of division and sects in Muslims. Both Shia and Sunni are wrong.

After Usman people of Madina stood for Ali bin Abi Talib to become the fourth caliph. Except a few senior companions all agreed on Ali and forced him to take their allegiance as he was not accepting. Among those who were against Ali were Zubair and Talhah the same two companions of Prophet which were nominees for caliphate and member of the committee when Umar was dying.

What caused the division of Islam?

Remember the general division between Sunni and Shia Muslims is over who should succeed Muhammad after his death as the leader of the Muslim community. Shia believes it should be members of Muhammad’s family and especially descendants of Muhammad. While Sunni considers that Muhammad did not announce his successor and Abu Bakr his father in Law was rightly elected as Caliph. 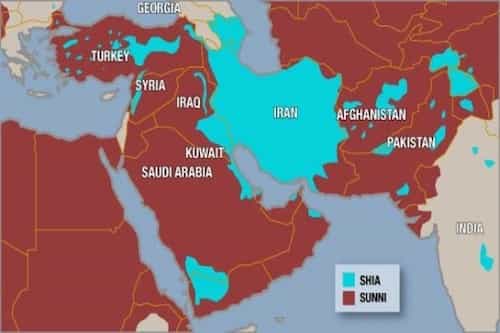 Word Sunni comes from Sunnah which means example or way of Muhammad while word Shia comes from Shiatu Ali that is Party of Ali. Now Muhammad has children only from his wife Khadija and Fatima is the most beloved among them Fatimah ends up marrying Abu Talib’s son, Ali. Ali is Muhammad’s cousin. He grows up in the same household with Muhammad and also his first male follower first male Muslim just at the age of ten. Sunni considers Ali as the first adolescent follower and Abu Bakr as the first male follower. According to traditions and Hadith authentic in both Shia and Sunni view Ali was declared as Muhammad’s successor by prophet Muhammad himself at the event of Ghadir Khum and that Muhammad also tried to reinforce this on his deathbed at the event or Calamity of Thursday or as in case of Hadith Qirtas. In Ghadeer Khum Muhammad clearly announced these words من کنت مولاه فهذا علي مولا Just as I am your leader/protector or friend, Ali is his leader/protector or friend. But both Sunni and Shia interpret it differently.

Both Sunni and Shia are wrong

Sunni and Shia both have taken extreme positions and both are wrong as the Sunni belief of innocence of Companions of the prophet is as wrong as the Shia belief of Infallibility of Imams. Fact is that only my Lord the Al-Mighty the All Wise is perfect while everyone else including prophets are mere human beings and His slaves.