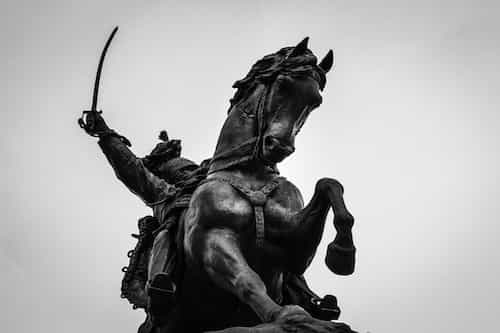 Why did the Battle of Siffin take place between Ali and Muawiyah?

In 657 AD Ali shifted the Capital from Madina to Kufa so that people of Madina could get some peace and focus more on knowledge. Another reason is to fulfill the desire of Iraqi people. Remember Iraq was formerly under the Persian Sassanid Empire, and Syria under the Byzantine Empire. After Persian-Roman Wars and because of the deeply rooted differences between Iraqi and Syrian people, each wanted the capital of the Islamic state to be in their area. So Iraqis convinced Ali to come to Kufa and establish the capital in Kufa as on the other land of Syria is the rule of Mauwiya who had not yet given allegiance to Ali. Not only this they managed to raise the masses of Syria against Ali by accusing him as the protector of assassins of Usman. In Friday prayers Usman’s shirt dipped in his blood and the chopped off fingers of his wife Naila exhibited from the pulpit.

Muawiyah didn’t give allegiance to Ali

In this manner, Muawiya raised the entire country of Syria against Ali. Ali tried to settle with negotiation by sending messengers but Muawiya replied that, “Go away from here, only the sword will decide between us. Original reasons for the Battle of Siffin had their roots much back in time even before the birth of prophet Muhammad. But apparent intentions were not only the revenge of Usman but also the fear of dismissal from governorship as when Ali took the position of caliphate he dismissed all previous appointments made by Usman including Mauwiya and appointed Abdallah bin Abbas in his place.

Ali wrote many letters to Mauwiya saying that my allegiance was public and all Muslims were committed to it, both the ones who were in Medina at the time of the allegiance and the ones who were in other cities such as Basra and Syria. You think that you can avoid pledging allegiance to me by accusing me of murdering Usman. Everyone knows that I have not killed him and there is no Qisas retribution on me. Usman’s heirs are better-positioned than you to ask for his vengeance.

So be patient for the decision of your Lord and do not obey from among them a sinner or ungrateful disbeliever.

And mention the name of your Lord morning and evening

And during the night prostrate to Him and exalt Him a long part of the night.

Indeed, these (hypocrites and disbelievers) love the immediate and leave behind them a grave Day.

We have created them and strengthened their forms, and when We will, We can change their likenesses with [complete] alteration.

Indeed, this is a reminder, so whoever wills may take to his Lord a way.

And you do not will except that God wills. Indeed, God is All-Knower, All-Wise.

He admits whom He Wills into His Mercy; but for the wrongdoers, He has prepared a painful punishment.