Also read Was Abu Talib A Muslim, Root cause of Division, Uthman, Battle of Jamal,  Siffin 1, Siffin 2 , Karbala , Umayyads to Ottomans And Major Muslim Empires before or in conjunction with this article.

And when We intend to destroy a city, We command its affluent but they defiantly disobey therein; so the word comes into effect upon it, and We destroy it with complete destruction.

And how many have We destroyed from the generations after Noah. And sufficient is your Lord, concerning the sins of His servants, as Acquainted and Seeing.

O People In this tale of a nation previous program and in part 36 of this dialogue I was telling you a summary of Muslims history after Hussein till today. Covering briefly Umayyads, Abbasids and Ottoman caliphate and then ended at Samanid, Seljuk, Ghurids and Ayyubis.

After all this started the period of Mamluks which referred to Muslim rulers of slave origin.  Over time, the Mamluks became a powerful military knightly class in various societies that were controlled by Muslim rulers. Particularly in Egypt, but also in the Levant, Mesopotamia, and India, Mamluks held political and military power. The most prominent dynasties were. 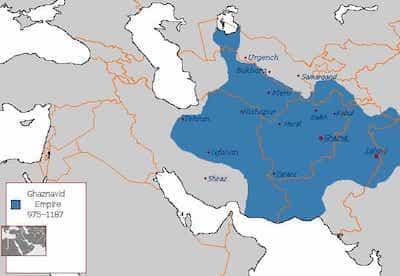 Ghaznavids of Turkic origin that ruled in Iran, Afghanistan, and northern India from 977–1186AD. Founded by Sebuktigin after the death of his father-in-law, Alp Tigin, who was a breakaway ex-general of the Samanid Empire and declared independence from them. His son Memud is famous for his attacks on Delhi. The Persian poet Ferdowsi completed his epic Shah-nameh Book of Kings at the court of Mahmud about 1010AD. At the time of their decline, they first lost their northern territories and capital Ghazni to Seljuks and later to Ghurid’s with the capture of Lahore in 1186AD from the hands of Khusrau Malik the last of Ghaznavids which ended their rule.

Then is another Mamluk dynasty of Khwarazmis ruled in Central Asia and Iran, first as vassals of the Seljuqs and later as independent rulers from 1077 to1231AD. Founded by Anustegin a slave appointed as governor of Khwarezm by Seljuk Emporer Malik Shah. Anustegin descendants governed Khwarezm on behalf of the Seljuqs. Following Seljuk Sultan Sanjar’s death in 1157, Ala adin Tekin in 1194 killed the last Sultan of the Great Seljuq Empire, Toghrul III and emerged victoriously. Later he Mongol army of Genghis Khan conquered Transoxania in 1220AD. The last Khwarezm-Shah, Jalal ad-Din Mingburnu was defeated by the Mongols in 1231AD and his territories were taken over by them. 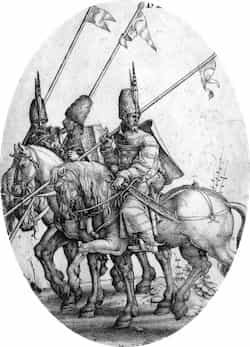 Then is the Mamluk Sultanate of Cairo from1250–1517AD. Founded in 1250 by Mamluks of the Ayyubid Sultan As-Salih Ayyub and succeeded the Ayyubid state. The Kurdish general Saladin, who gained control of Egypt in 1169, and then followed the same tradition of Muslim military practice and included a slave corps in his army in addition to Kurdish, Arab, Turkmen, and other free elements. His successors also followed this practice. Izz ad-Din Aybak was the first ruler who gained rule and established Bahri dynasty by marrying Shajar al-Durr, the wife of As-Salih Ayyub. She was the second Muslim woman after Razia Sultana of Delhi to become a monarch in Islamic history. She ruled only for three months  Among the most outstanding Mamluk sultans were Baybars I 1260–1277AD and al-Malik an-Nasir 1293–1341AD. The sultanate ended with the coming of the Ottoman Empire in 1517. Historians divide the era of the Mamluk rule into two periods. From 1250–1382 AD as the Bahri period, and the other, 1382–1517 AD the Burji period. Because of the political control of the regiments known by these names during the respective times. 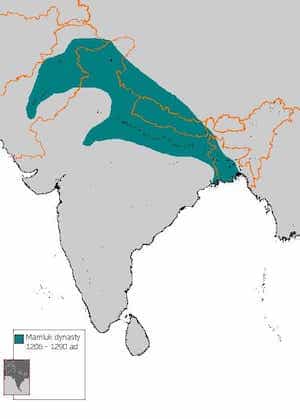 Now I will throw some light on the Mamluk Dynasty of Delhi which lasted from 1206–1290AD. Founded by Qutb ud-Din Aibak, a Turkic Mamluk slave general from Central Asia. Worked as administrator of Ghurid dynasty from 1192 to 1206 AD. After the assassination of Muhammad Ghor and because he has no children the empire split between his mamluk generals. Ghazni goes to Taj udin Yildoz, Multan to Nasir udin Qabacha, Bengal to Muhammad bin Bakhtiyar Khilji and Delhi to Qutb udin Aibak. There are a total of ten Sultans in Slave or Ghulam dynasty the most prominent were The first Sultan Qutb ud-Din Aibak, the 3rd Shams-ud-din Iltutmish, 5th a woman Razia Sultana, 9th Sultan was Ghiyath-ud-din Balban and  the last of the Slave dynasty rulers, 10th Sultan Muiz ud din Qaiqabad the grandson of Balban who was overthrown by Jalal ud din Firuz Khalji.

And thus started the rule of Khaljis. As I just told Khilji dynasty was founded by Malik Feroz Khilji Known as Jalal Uddin Khalji in 1290AD and lasted till 1320AD. He was of Turkish Afghan origin. Dynasty named after a small village in Afghanistan. Khijis were vassals of Ghiyas udin Balbun in Mamluk sultanate of Delhi and later in a coup overthrew the 10th sultan Muiz din and became Sultan. He was 70 years old the time he took the throne and in 1296AD killed and overthrown by his nephew and son-in-law Ali Gurshasp known as Ala-ud-din Khilji who then rules till 1316 for 20 years. He successfully faces three Mongol attacks and then gained a decisive victory against the Mongols near the River Ravi and followed them till Afghanistan. He conquered and plundered many Hindu kingdoms like Gujrat Chittoor, Malwa, Siwana and Jalore. Chittor is the place of a somewhat fictional character of Rani Padmavati and Ratan Singh.

Ala Uddin died of a disease and after his death, in chaos, his generals Malik Kafur and Khusraw khan appointed Ala udin son Shihabuddin as sultan but he was killed by his brother Mubarak shah with the help of commander of Punjab Ghazi Malik. But just after four years, Mubarak Shah himself was killed by his general Khusraw khan. The ministers again invited commander of Punjab Ghazi Malik who then came to Delhi captured and killed Khusraw Khan and himself became a Sultan with name Ghiyath al-Din Tughluq and thus is the start of Tughlaq dynasty. 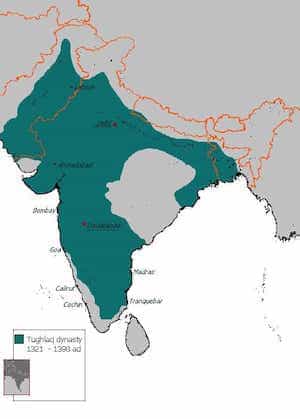 Tughlaq dynasty lasted from 1320AD to 1413AD. The most prominent king was Muhammad bin Tughluq also known as Fakhr Malik, Jauna Khan and Ulugh Khan. He ruled almost 26 years from 1325AD till 1351AD. He is the elder son of Ghazi Malik Ghiyath al-Din Tughluq. In history there are records that he killed his father and brother by making a plan on the advice of a Muslim preacher Nizamuddin Auliya by making a wooden structure built without foundation and designed to collapse, making it appear as an accident. After his death in 1351 his cousin Firuz Shah Tughlaq reigned for almost 37 years till 1388AD.

After that there were nearly six short-lived rulers from Tughlaq dynasty and all chaos in the subcontinent with various invaders and new powers, emerging and vanishing. The disastrous invasion of Timur the Tamerlane was in 1398 AD when he was in control of a massive empire in the Middle East and Central Asia. Timur reached Delhi and, in mid-December, defeated the army of Sultan Mahmud Tughluq and sacked the city. Later new small rulers emerged like Sayyid dynasty by Khizr Khan Sayyid a governor of Taimur and the Lodi dynasty 1451-1526AD founded by Bahlul Lodi and then ruled by Sikander and Ibrahim Lodi the last of which lost Delhi to Mughals in the battle of Panipat in 1526AD.