From Samanids To Ayyubids

Also read Was Abu Talib A Muslim, Root cause of Division, Uthman, Battle of Jamal,  Siffin 1, Siffin 2 , Karbala  and Umayyads to Ottomans before or in conjunction with this article.

I have already told you much about Muslim history in detail from Prophet Muhammad till Karbala and then after Hussein till Ottomans. Parallel to all this a lot of other activity happening in other parts of the world and empires and rulers emerging and vanishing from the scene. Samanid, Seljuk, Ghurids and Ayyubis are among those. 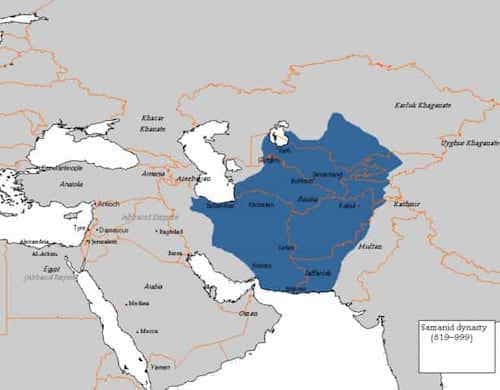 Samanid Empire was an Iranian empire ruling from 819 to 999AD. The empire was mostly centered in Khorasan and Transoxiana present-day Uzbekistan and parts of Turkmenistan, Tajikistan, and Kazakhstan. The four grandsons of the dynasty’s founder, Saman-Khoda, had been rewarded with provinces for their faithful service to the Abbasid caliph al-Mamun.  In 892AD, Ismail bin Ahmad united the Samanid state under one ruler made Samarkand and Bukhara as capital and rules for almost 180 years.

Seljuk Empire was a medieval Turko-Persian-Sunni Muslim empire From 1037-1194AD founded by Seljuk-Beg but it converted into an empire by his grandson Tughril Beg in 1037 AD. They are ruling military family of the Oguz Turkic tribes that attacked southwestern Asia in the 11th century and ultimately laid the foundation of an empire that included Mesopotamia, Syria, Palestine, and most of Iran. Their advance marked the beginning of Turkish power in the Middle East. Their reign is characterized by Persian astronomers such as Omar Khayyam, and the Persian philosopher al-Ghazali. Under Tughril Beg the Seljuks wrested an empire from the Ghaznavids. They sacked Ghazni in 1037 and in 1040AD at the Battle of Dandanaqan decisively defeated Masud I of the Ghaznavids. It has seen its peak under Under the Sultans Alp Arslan and Malik Shāh and played a vital role in the first and second crusades. Their famous minister Nizam al Mulk oversaw the empire’s organization during both their reigns. Among the many mosques built by the sultans was the Great Mosque of Esfahan. 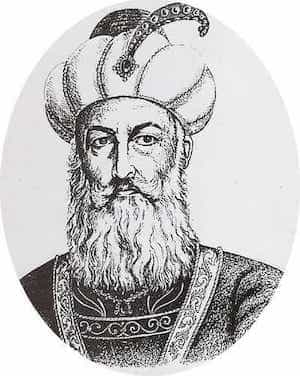 Now Ghurid dynasty was founded by Amir Suri from the Ghor region of present-day central Afghanistan and remain from 879-1215 AD. They were of eastern Iranian ethnic origin and Budh in religion. Later after Muhmud Ghaznavid conquest of Ghor in 1011AD the grandson of Amir Suri Abu Ali ibn Muhammad converted to Islam and was the first Muslim ruler of Ghurid Dynasty. Later in 1186 AD Muizz ad-Din Muhammad Ghori Known as Shuhab udin Ghuri overthrew the Ghaznavid Empire and conquered the last Ghaznavid capital of Lahore.

He was the ruler who laid the foundation of Muslim rule in subcontinent which remained for centuries. After the death of his brother Ghiyath Uddin Ghuri in 1202, he became the sole successor of the Ghurid Empire and ruled until his assassination in 1206AD. He ruled on Iran, Afghanistan, North India Pakistan, Bangladesh, Tajikistan and Turkmenistan. After his assassination, The Ghurids were succeeded in Khorasan and Persia by the Khwarazmian dynasty, and in northern India by the Mamluk dynasty of the Delhi Sultanate. Shahabuddin Ghori is buried in Gujar Khan Pakistan. 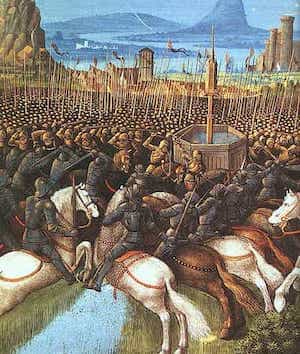 Ayyubid dynasty was founded by a Sunni Muslim of Kurdish ethnicity Saladin Ayyubi in 1171 which lasted till 1260AD. Nur ad-Din Zengi who was a member of the Turkish Zengid dynasty which ruled the Syrian province of the Seljuk Empire, sent a general of his army Shiruk to consolidate Fatimid caliph Al-Adid and his minister Shawar, Saladin accompanies his uncle, Shirukh. Shirkuh, seize Egypt from the minister Shawar in 1169 AD. Shirkuh died within two months after taking power, and thus rule handed over to his nephew Saladin. Saladin becomes very close to the Fatimid government because of his military successes against Crusaders and his personal closeness to Al-Adid. After the death of Al Adid in 1171AD and three years later after death of Nur ad-Din Zengi he entirely took control and becomes the Sultan. Saladin displaced the Shiite Fatimid dynasty, further mobilized Muslim enthusiasm to create a united front against the Crusades, and made Egypt the most influential Muslim state in the world at that time.

Saladin began granting his family members high-ranking positions in the country and increased Sunni Muslim influence in Shia Muslim-dominated Cairo by ordering the construction of a college for the Maliki school of jurisprudence of Sunni Islam in the city, and another for the Shafi’i school, to which he belonged, in al-Fustat. The Ayyubids, zealous Sunni Muslims seeking to convert Muslim Shiites and Christians, introduced into Egypt and Jerusalem the madrassas, an academy of religious sciences. The dynasty has a total of 7 Sultans and the 8th one Al Ashraf was actually a puppet of Mamluk King Izz ad-Din Aybak who gained rule by marrying Shajar al-Durr, the wife of As-Salih Ayyub.

If my Lord Wills, I Will continue this in next Program.

We have shown man the right path. Now it is up to him to be grateful or thankless.

And God presents an example: a city which was safe and secure, its provision coming to it in abundance from every location, but it denied the favors of Allah. So God made it taste the envelopment of hunger and fear for what they had been doing.

God did not do injustice to them, but they had wronged themselves”.

Your Lord does no injustice to His slaves.