After Hussein bin Ali Till Ottomans

Please read Was Abu Talib A Muslim, Root cause of Division, Uthman, Battle of Jamal,  Siffin 1, Siffin 2 and Karbala  before or in conjunction with this article.

And do not weaken and do not grieve and you will be superior, if you are believers.

If a wound has touched you, then certainly a similar wound has touched the other nations. And these days of varying fortunes, We alternate among the people so that God makes evident those who believe and take from among you martyrs. And God does not love the wrongdoers.

After the Death of Hussein Bin Ali

Wounds Do Not Heal Like This: Admit your Mistakes and Repent 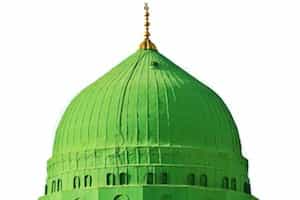 O Muslims now I will tell you a summary of your history after Hussein till today. I told you that you cannot go forward from here if you don’t admit the mistakes of your past. If you do not correct your history and that the disease is there and in all the past centuries you only tried to hide it but the wound is not healing because wounds do not heal like this. They need a special care specific diagnosis and then a proper treatment and sometimes even surgery. Remember If you don’t heal, the others have to deal. That is if you don’t heal your wounds the people around will play with your wounds.

People in other communities hate you, not because of your golden inheritance as you think or that you have a true religion that might be a potential threat to other communities. No this is not the case it is because of the potential threat they have because of your ignorance. Because of the ignorance which your religious clerics and rulers intentionally planted and flourishing in your communities since centuries. By your Lord, in ignorance and trap of your elites you are fighting with each other. Although it is too late but even now if you repent your Lord and prostrate to Him in submission with tears in your eyes and softness in your hearts and if you cry and ask forgiveness and confess your sins, Your Lord is faithful and just to forgive you and to cleanse you from all unrighteousness. God makes possible the things that seem impossible. 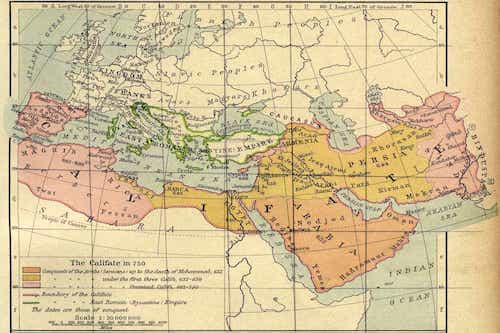 Now Let’s turn towards Muslim history after Hussein. Umayyad caliphate runs for almost 90 years started with Muawiya in 661 AD and ends at Marwan II in 750 AD with a total of 14 rulers. Their capital remained Damascus in Syria till 744 AD then it changed to Harran. Then in 750 AD their rule ends with defeat and death of Marwan II by Abbasids after which all the members of the Umayyad family were murdered, except Abd-al-Rahman, who fled to Spain and founded an independent Umayyad Khalifat there as Caliphate of Cordoba which lasted from 756AD till 1031 AD with a total of 17 rulers. The caliphate disintegrated during a civil war, the Fitna of al-Andalus, between the descendants of the last caliph, Hisham II, and the successors of his hayib (court official), Al-Mansur. The last Cordoban Caliph was Hisham III (1027–1031). Beset by factionalism, the caliphate crumbled in 1031AD into a number of independent Taifas. 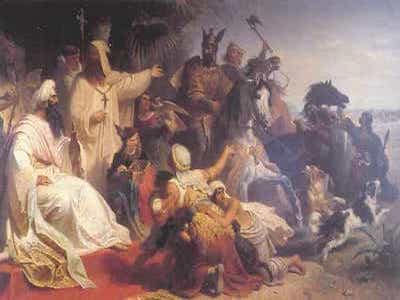 The Abbasid Caliphate succeeded the Umayyad. They are descended of  Muhammad’s uncle Abbas bin Abd al-Muttalib. Abu Hashim bin Muhammad Hanafia, the grandson of Ali bin Abu Talib, handed over political Imamate of Ahl-e-Bait to Muhammad bin Ali, the grandson of Abbas uncle of Prophet. Muhammad ibn Hanafiyyah is Ali’s sons other than Hasan and Hussein. He was called Ibn al-Hanafiyyah after his mother, Khawlah bint Jafar she was known as Hanafiyyah, “the Hanafi woman,” after her tribe Banu Hanifah. After Karbala when Hussein and almost all family died, and  Ali bin Hussein adopted a life of worship and prayer Muhammad ibn al-Hanafiyyah became the visible head of the house of Ali. After Muhammad ibn al-Hanafiyya died, his son Abu Hashim claimed the Imamate. After his death, the Abbasids claimed that on his deathbed Abu Hashim nominated his distant cousin Muhammad bin Ali bin Abdullah bin Abbas as the Imam. This man’s son Abul-Abbas Abdullah As-Saffah became the first Abbasid caliph, repudiating Shiism, which effectively extinguished the sect that had recognized Muhammad ibn al-Hanafiyyah as an Imam. Remember the religious Imamate of Ahl e bait remained with Ali’s progeny from Fatima. Over time, Abbasi family gained enough power to overturn the Umayyad Government. They ruled as caliphs for most of their period from their capital in Baghdad with a total of 39 Rulers from 750 AD to1258AD. After this most powerful rule of almost 500 years, they started losing grip and ended with the sack of Baghdad by the Mongols under Hulagu Khan in 1258AD. The last caliph was al-Mustasim Billah. However, a part of their family re-centered themselves in Cairo in 1261 and ruled as the Mamluk Sultanate of Cairo with a total of 22 rulers with Al-Mustansir billah as first ruler and al-Mutawakkil ʿalallah III the last one, from 1261 till 1517AD until after the Ottoman conquest of Egypt in 1517AD. 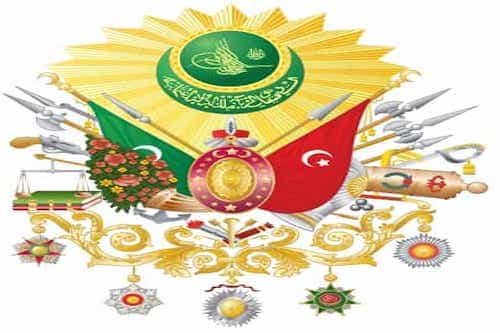 The Ottoman empire or Caliphate was founded by Osman I in 1299 AD. Then Sultan Mehmed The conquerer captured Constantinople modern day Istanbul in 1453 AD. They grew into a mighty power which later reached at its height during the rule of Suleiman the Magnificent in 16th century that time it stretched from Egypt in the south to the Caucasus in the north and the Persian Gulf in the east to Hungry in the west. The Empire almost run for more than 600 years from 1299 till 1922. 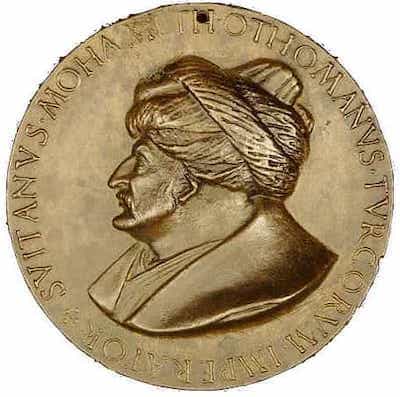 The empire came to an end in the aftermath of its defeat by the Allies in World War I. The empire was dismantled by the Allies after the war ended in 1918. The Sultanate was abolished on 1 November 1922, and the last sultan, Mehmed VI Vahdettin left the country on 17 November 1922 thus ending 623 years of monarchical Ottoman rule and hence is the beginning of modern-day Turkey as the successor state of the Ottoman Empire. The official proclaiming of the republic was on 29 October 1923 in Ankara.

In between all this period of Abbasid and Ottoman empires, there were many prominent independent Muslim kingdoms in different parts of the world. A brief introduction of which is vital to understand the present scenario.

Now you already know that  Ismailis separated from the Main Shia group as they accepted Ismail ibn Jafar as their Imam instead of Musa Kazim while actually, Ismail died before his father Jafar Sadiq. Some Ismaili deny the death of Ismail in the life of his father. On the death of 6th Shia Imam Jafar Sadiq, they believed Ismail was the seventh and the last Imam and considered Ismail’s son Muhammad bin Ismail, as Mahdi who will return in future and bring peace and justice in the world. They are known as Seveners. The split among them came with the death of Muḥammad ibn Ismail. The majority denied his death; they recognized him as the Mahdi and the peak manifest of their political power is Qarmatians. The minority believed in his death and would eventually emerge in later times as the Ismaili Fatimid Caliphate, which is also the precursors to all modern Ismaili groups. 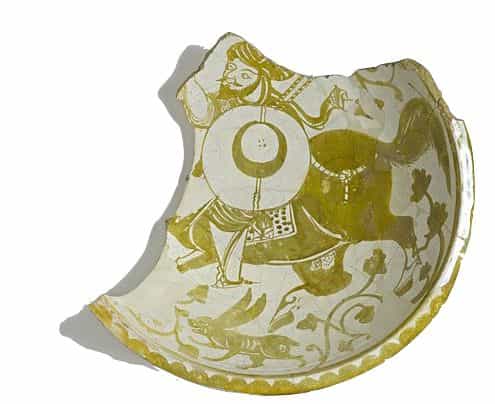 Starting from the Fatimid Caliphate about which I also talked in part 34 and 35. The Fatimid claimed their descent from Fatima, daughter of prophet Muhammad. It was an empire established by a fraction of Ismaili Shia. As there 10th Imam Abd Allah al-Akbar with his son, the 11th Imam Abdullah al-Mahdi Billah, went to Morroco to escape from the persecution of Abbasid Caliphate and then preached there for a long time. They got allies like dedicated Shiite Abu Abdallah al-Shii who went to present day Tunisia and preached the Ismaili doctrine there. He managed to gain the support of Berber peasants, oppressed for decades and with their help conquered that area and made Abdullah al-Mahdi Billah the leader of the state and as Imam and caliph. With a total of 14 Rulers, the caliphate run from 909AD till 1171AD when Saladin invaded this territory. He founded the Ayyubid dynasty and incorporated the Fatimid state into the Abbasid Caliphate. Al-Azid was the fourteenth and last Caliph of the Fatimid dynasty.

Now some light on another Muslim religious dynasty called Qarmatians.

The Ismaili’s became active in the second half of the 9th century in southern Iraq under the leadership of Hamdan Qarmaṭ. That branch of the sect came to be known as the Qaramitah, and they flourished in Iraq, Yemen, and especially in Bahrain during from 9th to 11th centuries. They became very extremist and violent under leadership and rule of Abu Said al-Jannabi and his son and successor, Abu Tahir Sulayman who sacked Mecca and Medina in 930 AD. In their attack on Islam’s holiest sites, the Qarmatians desecrated the Zamzam Well with corpses of Hajj pilgrims and took the Black Stone from Mecca to al-Hasa under their possession.