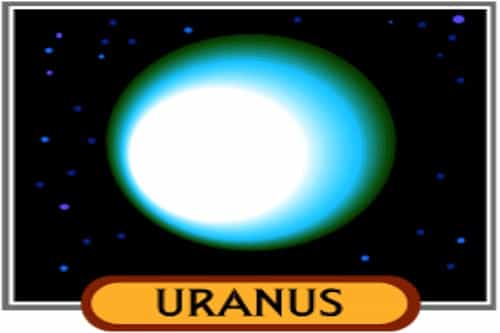 The third gas giant Uranus is surrounded by a set of 13 rings. Uranus is an ice giant instead of a gas giant. It is mostly made of floating ice material above a solid core. Its atmosphere is made of hydrogen and helium like Jupiter and Saturn, but it also has methane. The methane makes Uranus blue. It is at a distance of 19.19AU almost 2.9 Billion km from the sun. It has as a 29 degrees tilt in its axis and thus has seasons. 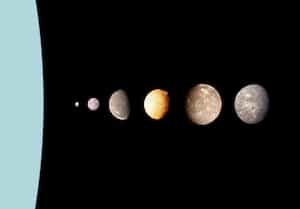 Uranus is equal to 14.6 earths in mass and 4.1 earth in diameters. It has 17 hours day and a year on Uranus is like 84 years on Earth. So if you were born there, you would have to wait your whole life to celebrate your birthday. Uranus has 27 moons. Like Venus Uranus also rotates in the opposite direction as compared to earth. And unlike any other planet, Uranus rotates on its side which means it spins horizontally and sun rises from south to north. Voyager 2 is the only Spacecraft visited Uranus.