Skip to content
Quran On Forelock Frontal Lobe Of The BrainTheLastDialogue

Frontal Lobe Of The Brain: Region Directly Under God’s Grasp

Region That Controls Our Decisions & Movements 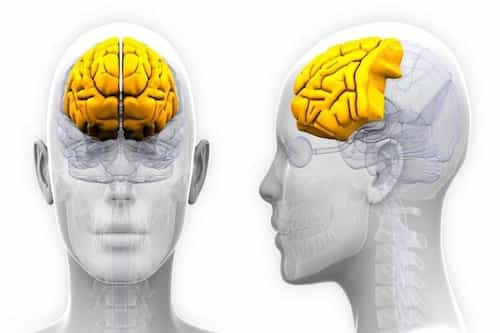 The human brain is by far the most sophisticated phenomenon that we have been able to observe to date in our universe. And after decades of neuroscience, we still have endless questions about this mysterious structure that holds as many neurons as there may be stars in our galaxy. The brain is composed of the cerebrum, cerebellum, and brainstem. The cerebrum is divided into two halves: the right and left hemispheres. The cerebral hemispheres have distinct functions, which divide the brain into lobes. Each hemisphere has four lobes: frontal, temporal, parietal, and occipital. Here I will only discuss the Frontal Lobes, which are responsible for personality, behavior, judgment, problem solving, speech, body movement, and motor function. It is, in essence, the “control panel” of our personality and our ability to communicate. The frontal lobe is the largest lobe of the brain and makes up about a third of the surface area of each hemisphere. In the Frontal lobe, the prefrontal cortex (PFC) is the cerebral cortex covering the front part of the frontal lobe.

No! If he does not desist, We will surely drag him by the forelock –

The criminals will be known by their marks, and they will be seized by the forelocks and the feet. Surah Rahman 55:41

The Area Of Brain Responsible For Lying

The Arabic word ناصِيَة mean not only forelock but also forehead, forepart of the head مُقَدّمُ الرّأس. Verse 16 of Surah Alaq indicates that the frontal cortex of the forehead in the depth of man’s forelock is his center of judgments, decision making and for controlling actions such as truthfulness and lying, sinfulness and righteousness. Thats why Quran says that God will drag the wrongdoer by his forelock/forehead and also mentioned this region as a “A lying, sinning forelock/ forehead” showing that this area (forehead) is responsible for telling lies. Also in Surah Rahman verse 41 Quran says that on the Last day in Hereafter “the criminals will be seized by the forelocks and the feet” showing that this area also is the center of decision and motor function. This is what modern scientific studies discovered just a few decades back.

Now I want you to read the functions of the Prefrontal Cortex briefly as established by Modern science. After reading, you will come to know that this area of the cerebrum is responsible for planning, motivation, and initiating good and sinful behavior, and is responsible for telling lies and the truth. 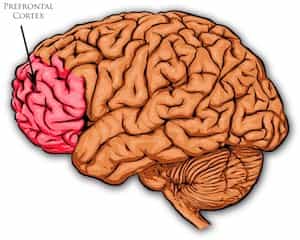 This brain region has been implicated in planning complex cognitive behavior, personality expression, decision making, and moderating social behavior. The basic activity of this brain region is considered to be orchestration of thoughts and actions in accordance with internal goals. The most typical psychological term for functions carried out by the prefrontal cortex area is executive function. Executive function relates to abilities to differentiate among conflicting thoughts, determine good and bad, better and best, same and different, future consequences of current activities, working toward a defined goal, prediction of outcomes, expectation based on actions, and social “control” (the ability to suppress urges that, if not suppressed, could lead to socially unacceptable outcomes). The frontal cortex supports concrete rule learning, while more anterior regions along the rostrocaudal axis of the frontal cortex support rule learning at higher levels of abstraction. (Adapted from Wikipedia)

Frontal lobes of the brain are analyzed as the center of the action of lying. All mental activities of lying are carried therein and then transferred to communication organs through the action of lying. The evil actions are also planned for in this lobe before being transferred to action organs. When a person intends to tell a lie, the decision is made in the frontal lobe of the brain, which is the front of the head. If he wants to commit a sin, the choice is made there too. The front of the head is responsible for judging and for directing human behavior. The working organs of the body like limbs are only tools to carry out the decision made in the front of the head.

Not only this, but “نَاصِيَةٍ” has the same function in almost all animals. That is it is the center of control and guidance in both man and animals that have brains. Now, look what the Quran says in Surah Hud verse 56 below. Again a miracle of Quran of revealing such a modern scientific fact many centuries ago.

I put my trust in Allah, my Lord and your Lord! There is not a moving creature but He has grasp of its forelock. Verily, my Lord is on the Straight Path. Surah Hud 11:56

The first word of verse 96:16 is an indefinite feminine noun and is in the genitive case مجرور. The noun’s root is (ن ص ي). This root occurs four times in the Quran, in two derived forms. 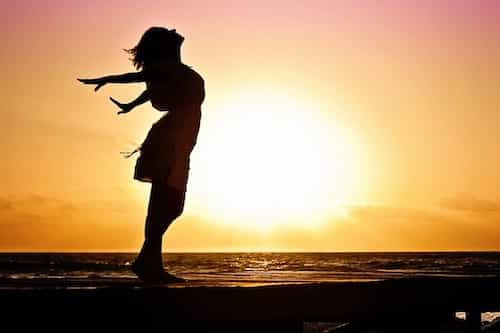 Proverbs 17:22 Miracle: A merry heart does good like a medicine…