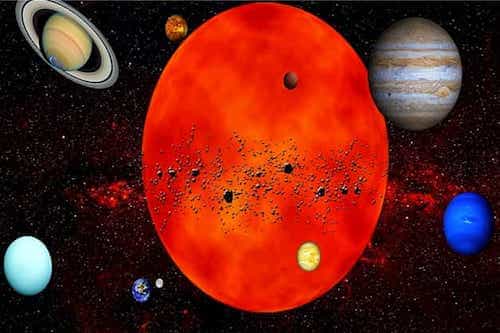 So these were the terrestrial planets. Now let’s talk about something for the Gas Giants Jupiter, Saturn, Uranus and Neptune. All are Hydrogen based no oxygen there. Jupiter & Saturn are more like Liquid giants as kind of liquid if we go deep in their surface. Each of Gas giants radiates more energy than they receive from the sun so they must have some internal energy source like gravitational collapse or radioactive decay. Uranus is the coldest of all. All have strong Magnetic field due to spinning fluids. Jupiter has the strongest magnetic field almost 14 times that of Earth.

There are various exploring efforts and missions towards these planets. The mission Voyager took advantage of the alignment of the planets which occur once every 175 years and Voyager 2 visited all these planets. They were launched in 1977 and are now exploring the outer boundary of the heliosphere in interstellar space. With a velocity of 17 Km/s relative to the Sun. In August 2012, data from Voyager 1 indicated that it had become the first human made object to enter interstellar space. Going farther than anyone or anything in history. At a distance of 141 Astronomical Units from the Sun. As of November 22, 2017, it is the farthest spacecraft from Earth as well as the farthest man-made object. It is also the most distant object in the solar system whose location is known. 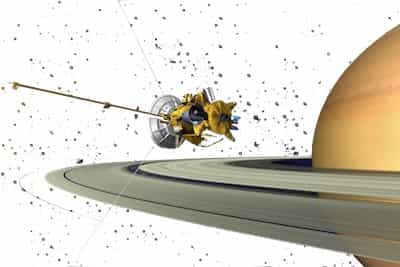 Each Voyager spacecraft carries a gold plated audio visual disc in the event that the spacecraft is ever found by intelligent life forms from other parts of the galaxy or for future humans, who may find them. Those records are thought as a sort of a time capsule. These are called the Voyager Golden Records. It carries photos of the Earth and its lifeforms, some scientific information, greetings from people in 55 different languages and parts of speeches of the Secretary-General of the United Nations and the President of the United States. Also a medley, Sounds of Earth, that includes the sounds of whales, a baby crying, waves breaking on a shore, and a collection of music.

Another spacecraft mission known as Pioneer also has a Plank showing few things to outer civilizations. Which are the figure of a Man & a woman showing they can move their hands. Without cloths and at a distance so that they are separate beings & showing in the background The Pioneer Craft to get an idea of their sizes. And a map of the solar system from 3rd planet earth, pulsar near our solar system & a chemical structure of hydrogen molecule.